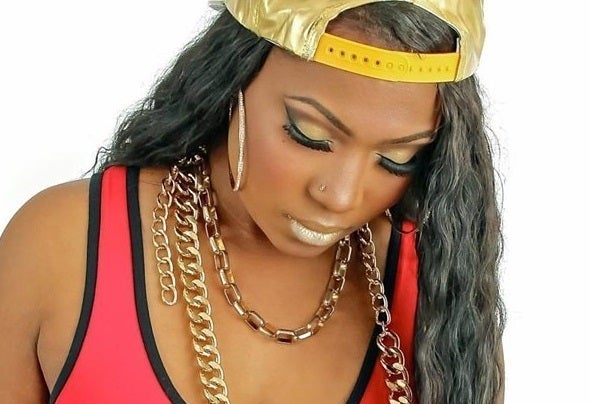 Sherrall Lovett A.K.A Rell Rock, was born in Camden New Jersey, December5th 1988. She begin rapping at the age of 11 and dropped her first major distributed album at the age of 14 becoming one of the youngest rappers to release music independently on the family owned indie label Zock Rock Records.Througout the Tri-State area, Rell Rock has created a reputation of being one of the most prolific and well-respected female Hip Hop artists to bless the mic. Since 2012 has released 4 projects and 3 mixtapes on her own indie label, Merrimac Entertainment. Expanding her international fan base, Rell Rock has also worked internationally with EDM top producers/djs including Stanton Warriors, Tony Quattro, Falcon, Paul Oja, Nightwave, Jaycek, Murder He Wrote, Kramer, and more. Her work in EDM is featured on the hit singles from Stanton Warriors & Tony Quattro 'Keep It Movin”, Wongo “Drop”, Deekline “My Bass” , Punk Trouble “Boyz N Blue” and more!Rell Rock is here to give balance in the world of Hip Hop, while being a smart indie owner of her own label.Branding her music internationally, and across genres, Rell Rock is creating a blueprint for the new era of female rappers and hip hop in general.This year Rell Rock will be releasing her EP “Victory” and highly anticipated 6th full length project The Writer.