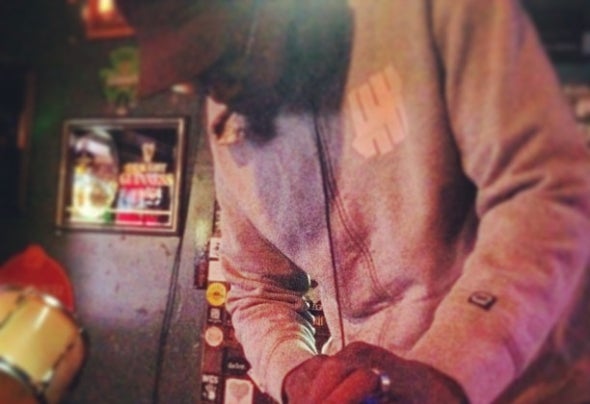 A little bit maths and a little bit of magic. Born on a stormy night in Chicago during the winter of '77, Mbela Ngale Endeley AKA abstract butta ngas has been known to make an entrance. After 3 years on college radio, obssessed with the music of Radiohead, Boards of Canada, Autechre and combining that with his love for downtempo masters like Kid Loco, Nightmares on wax and RZA, DJ premier, Pete Rock, Madlib, Jay Dilla, Dr Dre, Samiyam, Ras G and other underground Hip-hop producers; ABF decided to make his contribution to the advancement of the sonic arts with his debut release in 2008. He works as a sound recordist and Foley Artist for lm production and post production by day and continues his sonic experiments at night. His recent projects have shown, his span, growth, and his evolution as a producer and sound engineer.