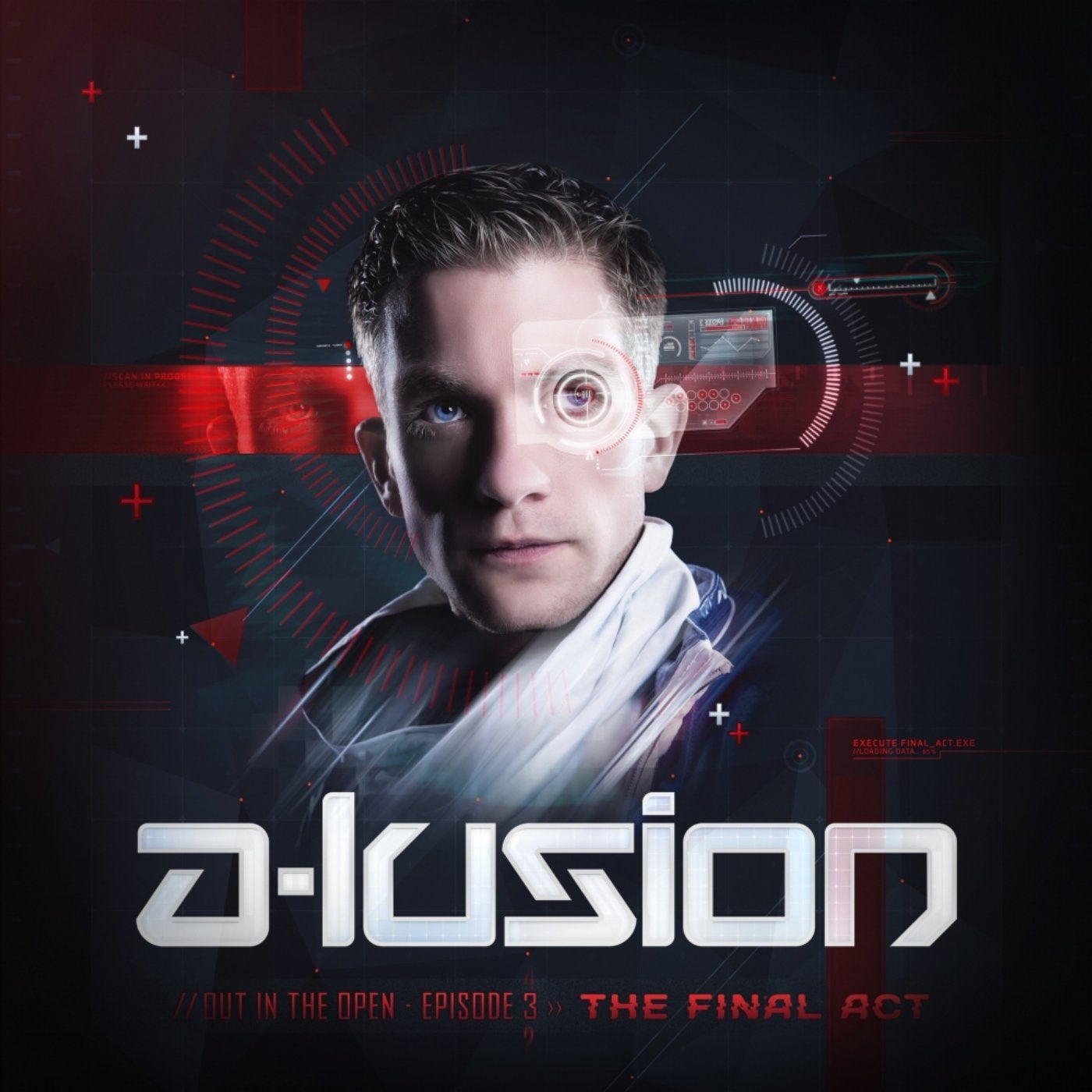 A-LUSION presents: OUT IN THE OPEN 3: The Final Act

Dutch DJ & Producer A-lusion, has been exploring new worlds and breaking boundaries on his new Out in The Open album series.
The third edition of his ongoing album project, initiated in 2012, brings us everything Hardstyle stands for and so much more.
From the classic reverse bass sounds, to the modern euphoric and raw aural explosions.

Breaking from the norm was a must for this album, as it sets free from the common 150 beats per minute. Out in the Open 3 showcases tracks that with parts that range from 138, 145, 148, 150, 160 and all the way to 170 BPM. A-lusion also expands his reach to collaborate with various artists from around the globe. Featured in this album are producers / singers / songwriters from The Netherlands, Australia, The United States, Russia and Colombia. The album includes collaborations with renowned artists like Luna, Scope DJ, S-Dee, and also young talented artists such as Betavoice and Tyro Maniac.

With over a decade of experience in producing Hardstyle and performances around the globe at festivals like Qlimax, Defqon.1, Hard Bass and EDC Las Vegas, A-lusion knows how to perfect his sound for the international dance floors and festivals.
In this third, full length mixed album, the true Out in The Open sound unfolds. It is filled with unique complex sound design, combined with energetic driven rhythms, drums and basslines.
It is a journey into a musical awakening, complemented by euphoric vocal tracks and then progressing to the harder sounds of Hardstyle.

OUT IN THE OPEN 3 - THE FINAL ACT will be released on Lussive Music and is available in stores, as well as on your favorite download portals, from the 21st of November 2014.

Out In The Open 3: The Final Act