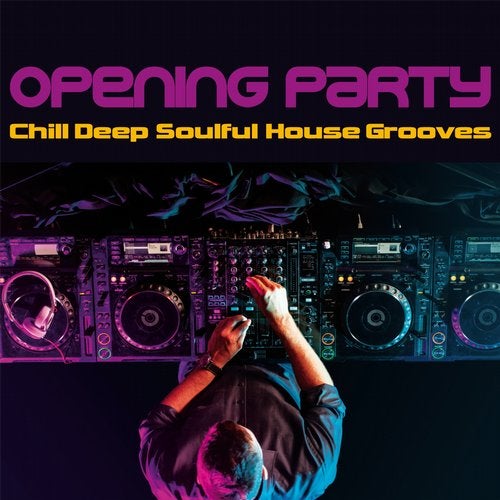 The Jestofunk project was born in 1990 from the meeting between three Italian DJs:
Claudio Moz-Art Rispoli, Francesco Farias and Blade (Alessandro Staderini).
Claudio Moz-Art Rispoli, recognized by all as the most important DJ in the history of dancefloor in Italy and initiator of Afro style in the 70s, now re-discovered and internationally recognized, began his record production in the 80s and produces some of Irma Records' first singles between 88 and 89 including Soft House Company and Double Dee 'Found Love', with the Jestofunk they produced the song "Can We Live", reaching the heights top charts in the world. Now we propose the song remixed by Niko Favata and Teo Lentini also them internationally renowned DJs, giving it a deeper house cut.

NOTENSHUN with a song remixed by Atjazz, one of the most prestigious names in the soulfull house world scene, is the icing on the cake of this compilation.

The Dolls Combers publish a new single with Irma Records. Vincent Lacerenza and Manuele Tigani are the co-founders. The first time they met was in 2004, they shared a love for house music (with influence of jazz, soul and funky), which is the basis of their success. The new single "Do not You Ever Wonder Why" sung by Dana Byrd, is climbing the charts of the more important digital musical store of dance as Traxsource.

Carlo Troja aka Don Carlos hails from Varese, in the North of Italy, and is active as a DJ from the late 70's. He debuted as a producer towards the end of the 80's with the single 'Alone' on Calypso Records (Irma), which became one of the cult tracks of the international Deep House scene. His productions have always mixed House rhythms with afro-american jazz sounds, verging sometime towards disco, sometime towards progressive house or electronic soul.

Papik is the project of Nerio Poggi, musician, author, producer and Roman arranger that he is made to know in the Nu-jazz / Jazz Lounge international scene in the last years. This track remixed from Submantra, one of the more dj's appreciated in this moment in the soulfu Italian house genre, makes the song as a dancefloor hit!!

White Soul Project (DJs / producers Jordan Dee & Andy Tee) who have released in the past excellent songs like "Give In", "Ever love" and "Looking for Love" obtaining the favors of international DJs and appearances in the soulful charts. Today with another powerful track in which its sound merges with the wonderful voice of Oumy. The typically soulful taste of "I'd like to be with you" is full of melody.

Granfunkk: aka Matteo Zini studied classical piano for about 15 years.
While graduating in Design, he met the Calypso / Irma label and published some tracks by calling Acoustic Food. Today he is a well-known fashion photographer with active collaborations with numerous international magazines traveling between New York, London and Paris. He has not abandoned the taste of DJ making and producing new music with many tracks with strong influences Disco.