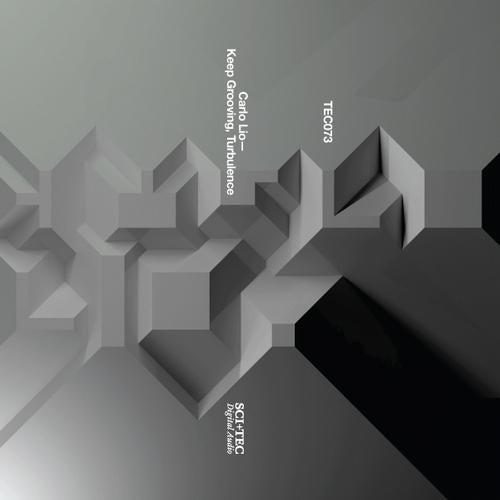 In addition to the forthcoming mix compilation on SCI+TEC, Carlo Lio releases a sublime two track EP that cuts right to the heart of everything that is positive with house and techno in 2012.Following last years hits Mike loves the Horn which was produced with Coyu for Joris Voorns Rejected imprint, and also his sublime Remix of Santes Ce Una for Butchs label Bouq, Carlo Lio continues to get groovy with two different, yet complimentary tracks for SCI+TEC. First up is Keep Grooving which has a classic jacking tech-house sound. A rolling warbling bass and a jumpy haunting topline combine effortlessly to create a track that is sure to cause mass devastation on dance-floors this summer. Turbulence is a deeper techno affair, and is evidently influenced by Carlos work on his forthcoming SCI+TEC mix compilation. Carlo is equally prevelant when turning his hand to the darker, deeper sounds of techno, and this production highlights this with of a series of splendid aural intricacies. Despite being a digital producer through and through, Carlos music still has that raw and honest feeling to it, a characterisitic that has not gone unnoticed by some of the most respected record labels the world over.Releases such as False Information and Coppa on Carl Coxs InTec Digital, coupled with his awesome remix of Dubfire & Huntemann's Diablo on Cocoon, demonstrate his ability to punch with the heavy hitters of the techno world. Conversly, his work within the house and tech-house sections of the spectrum highlight the dexterity of a producer who has an acute understanding of how his signature sound can be adapted to fit other genres. Indicitave of this trait is his remix of Kenny Glasgows Logans Run on renouned house label No.19. Similarly his track with Coyu Moxis Sickness which was released on the now infamous Noir Music. And now Keep Grooving, his fourth EP for SCI+TEC brings Carlo back to the forefront of peoples minds. His desire to stay one step ahead of the scene has meant he has been in constant demand as a producer. Whether it is his fast, deep pulsing tech-house, or groovy chuggy techno, Carlo always delivers. And Keep Grooving continues in that vein.