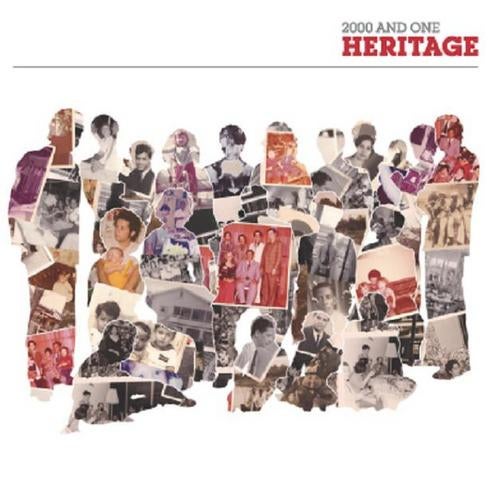 Blue eyes, light hair, a fair skin... anyone who's ever seen 2000 and One in real life wouldn't easily guess he partly stems from Africans in Surinam. But once you listen closer to his music, everything starts to make sense. Like the urban proto-house of Northwest-American city's like Chicago, Detroit and New York, Dylan's work has the African heartlands resounding through it. It's the distant bell of pulsating rhythms from prehistoric times, when dancing functioned as a tribal bonding ritual. For the last twenty years, 2000 And One's sound has dictated this repetetive funk in its barest form - Heritage being no exception to the rule. Dat Na Poku (Surinam for 'now there's a fat beat!') is a clear example of Dylan's stripped style - building on an irresistable loop from beginning to end. State Of House, Burnin Dub and Spanish Fly are tributes to late eighties Chicago house disco by the likes of Lenoir Thompson, Lil Louis and Armando. Think big stabs, think Loleetta Holloway vocals. More on the Detroit side of things are Egusi and Mejiro, based on epic and melodic sounds rather than fat beats. And Honey Bush, a more current stripped techno track yet with a deep housey vocal hook, showcases 2000 And One's ability to mix the old with the new. One thing you won't find on this album is nice and mellow listening tracks. "I'm not so much concerned with finding a deeper sense of musical understanding," Dylan explains. I just want to rock the dancefloor with simple and effective grooves." So to all you dj's out there: go forth and rock that joint!