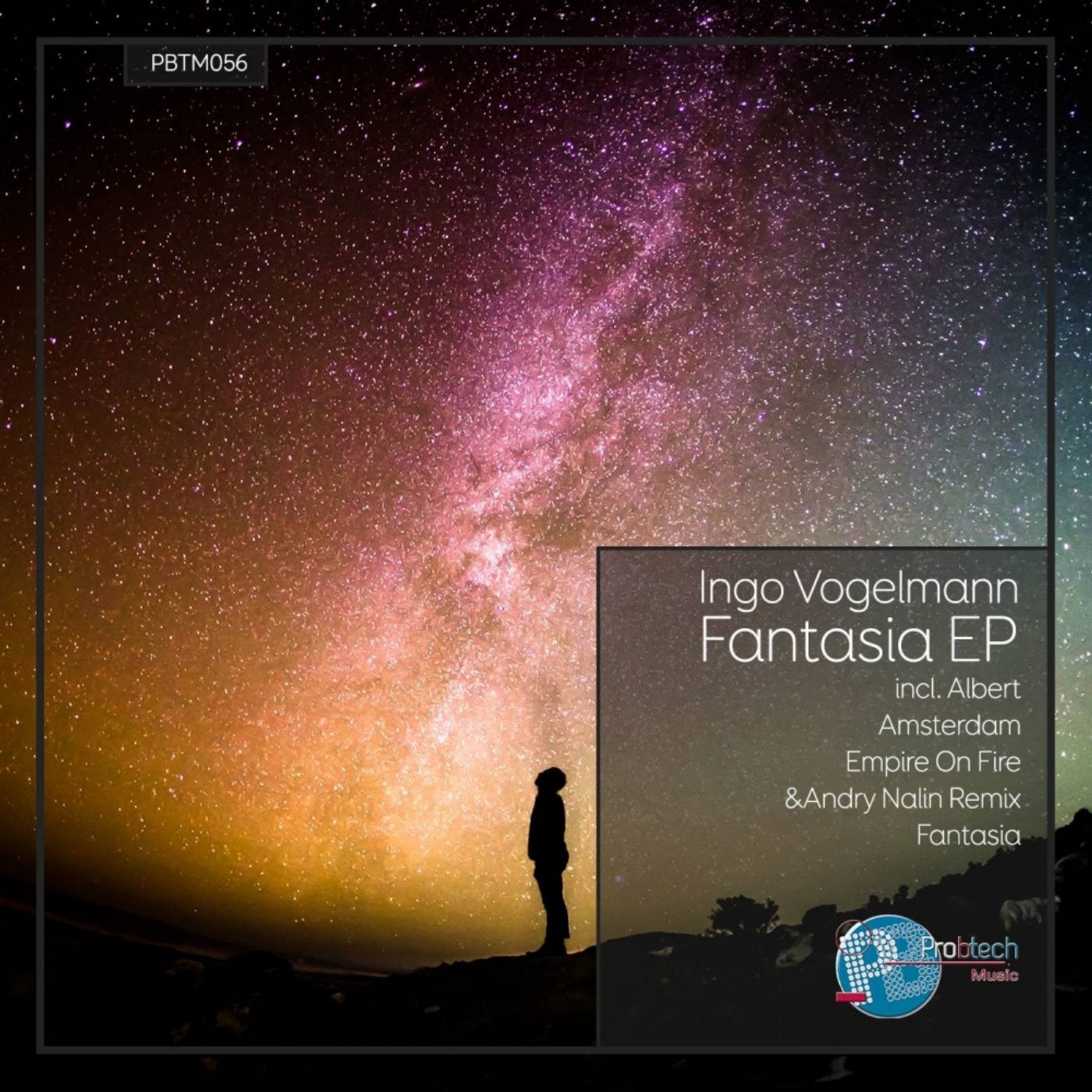 Ingo Vogelmann is next up on Pro B Tech Music. From Essen in Germany, the veteran composer is no stranger to the turntables or production studio, armed with a expanse of influence that continually steers his path.

The 'Fantasia EP' is a manifestation of these musical connections, a varied and devastatingly effective four tracker.

'Albert' is a slice of acid-infused excellence with peaks and troughs to intended for the dancefloor. The track embarks upon an increasingly epic and melodic journey, in impeccable conjunction with the 303 and percussive-infused epicentre.

'Amsterdam' is a little more progressive, a real groover not devoid of uplifting yet rhythmic melodies of it's own.

'Empire on Fire' takes the listener journey on another unpredictable pathway. A return to the introductory, acidic elements of the opening track joins forces with unheralded old skool drums to create an electrifying energy. There are some deep melodic twists are present which add a beautiful soul to an already effective piece of music.

'Fantasia' is further evidence, if any were needed, of Ingo's range of influence. The track is palpably unique owing to it's classical strings, epic synth runs and cinematic flair, yet the demands of the dancefloor are never lost.

Completing a package already bursting at the seams comes a remix of 'Empire on Fire'. The legendary Andry Nalin, responsible for some of dance music's most revered music in the past three decades, takes to the helm to produce a barnstormer of a reinterpretation, reaching standards to which fans of his discography will be accustomed.

We hope you enjoy.