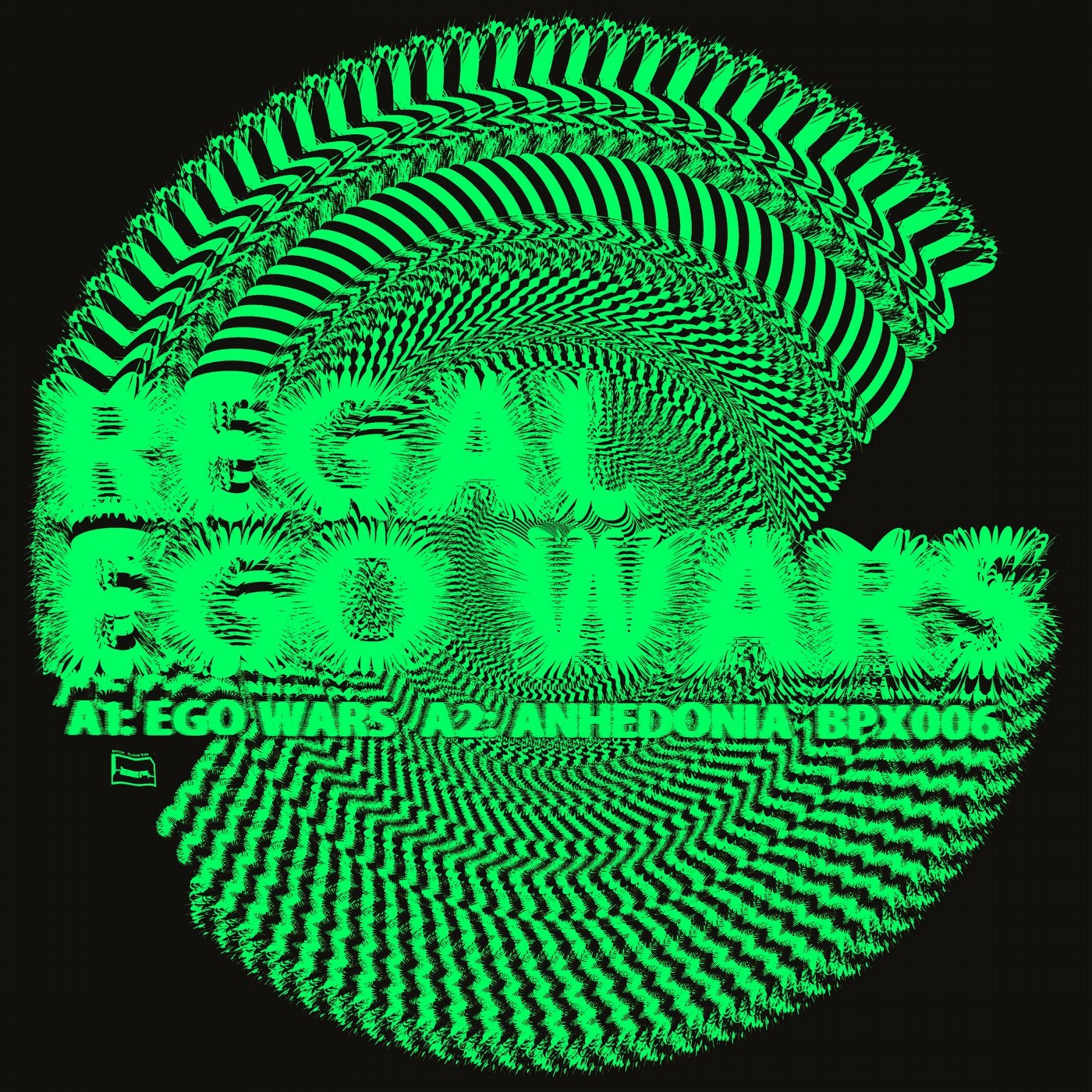 Exactly one year after his debut The Eyes for BPitch Berlin, Ego Wars is the follow-up EP of the exceptio- nal Spanish artist Regal. With the three tracks (as well as a remix by the Frenchman Hadone) Gabriel Cassina shows again why he is one of the most prominent techno acts of our time. After releasing acid-infused rave tracks like Overground, which last year became an outstanding signature track not only in Ellen Alliens DJ sets, he now combines radically fast beats with trance-influenced melodies on the Ego Wars EP. The tracks convey the same passion that you could hear on his former releases on his own label Involve, but they are also partially entering new stylistic territory, triggered by his move from Madrid to Barcelona last year. According to Cassina, the name of the EP and the title track Ego Wars is not only closely linked to strong feelings of frustration, redemption and love, he clearly also knows how to express these intensities musical- ly. Ego Wars is a high-performance rave track with an uncompromisingly twisting, distorted bassline and a theme that sounds like an echo from a Detroit techno-dystopia. Cassina shows a seriousness and strength here that has never been heard of him in this way before. A2 number Anhedonia begins with Regals ty- pically hard-hitting groove until a super euphoric trance melody floods the brain with serotonin - a musical dichotomy that Cassina repeatedly transforms into pure rave ecstasy here. Fuck Making Love on the B-side then absorbs the energy of Anhedonia and transfers it into something a little brighter - until an almost oriental-sounding melody pushes the track in a completely unexpected direc- tion - a real exceptional track in Regals extensive discography! The French DJ and producer Hadone, who recently released an EP on Shlømos label Taapion, finally turns Fuck Making Love into a summerly raving uptempo neo trance hymn, rounding off this EP in the best possible way.