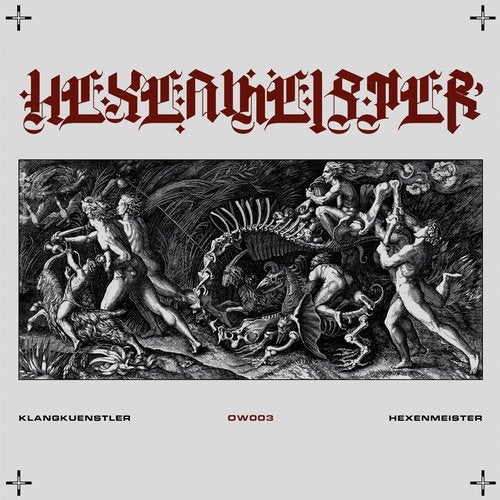 On 'Hexenmeister', the third release on Berlin's high-octane Outworld imprint, head warlock Klangkuenstler conjures the witches for a ball around their bubbling cauldron, adding yet another new facet to his raw signature soundscape.

With it's relentlessly powerful kick and acidic riff, title track 'Hexenmeister' is pure, peak-focused body music, while it's twisted witchcraft vocal and brooding synth-line add positively deranged magic to its meaty pulse. 'Die Sonne Bebt' then whips the floor into oblivion by way of its killer drum programming and grinding rave signals, before 'Strom der Welt' lifts-off with the perfect bounce of rhythm 'til we're drawn back into a maelstrom of powerful electrical currents. Pulling out all the stops for the grand finale, Klangkuenstler concludes OW003 with 'Der Letzte Tanz': part old- school drum'n'bass banger, part transcendental closing-weapon, it marks an end point that feels as if an entirely new dimension just opened itself in the Outworld.