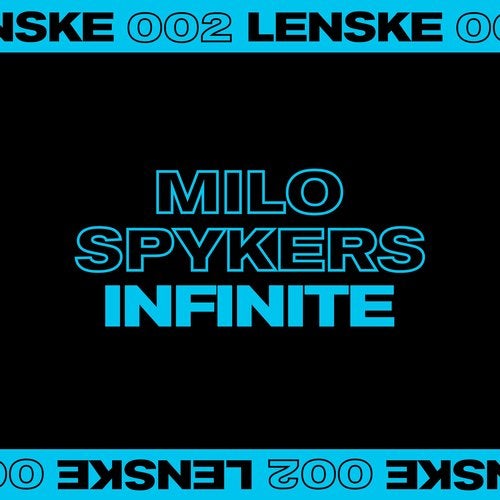 Belgian up-and-coming, Milo Spykers, has minted the second release for Amelie Lens' imprint, LENSKE, due out this September. Born out of Amelie's collaborations with Farrago, and conceptualised as an incubator for emergent talents in the darker arts of techno production, LENSKE provides the perfect home for Spykers' first EP, 'Infinite'. Since breaking onto the world stage in 2017, Amelie Lens turned her hands towards creating a channel where she and her friends could release the kind of bare-knuckle techno that is distinctively made for the underground. With contributions from Lens, Farrago, and Kobosil, LENSKE001 has already made a severe dent in the techno scene. Milo Spykers' 'Infinite' promises to puncture the auditory surface with equal precision. ?Infinite? is a collection of 4x4 bangers that leave no ambiguity about their intent. Informed by his early experiences at Fuse in Brussels, Kompass Klub in Ghent and the occasional trip to Berlin, Spykers' sound draws on the old-school rave culture. A decisively aggressive use of quadratic and quantised patterns, dizzying sound design and stabbing synths, the EP's four tracks deftly skirt the perimeters of noise and machine induced bliss. Spykers employed a Dave Smith Instruments Pro 2 for the bass, leads and ?weirder sound design? on all of the EP's tracks. He says the tracks were largely a result of his fascination with the mixing process and analog gear's ?variable and slightly more unstable properties?. Though largely percussive and devoid of melodic elements, each of the tracks on ?Infinite? still slip nuanced songlike elements into the arrangements, making these dance floor spinners that you can return to with headphones over and over again. Menacing, suspenseful and packed with sonic venom, these tracks are sure to be showing up during a peak time rave near you very soon.? ?