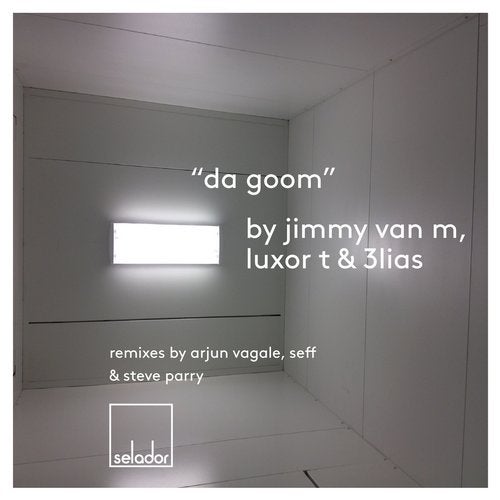 And they just keep on coming. One Selador bomb release follows another. For SEL016, as it's affectionately known behind the scenes, we present a new production team comprising of three very talented individuals.

Many of you will already be familiar with the one they call Jimmy Van M, an esteemed DJ and producer of note for many years with a plethora of releases to his name for such luminaries as Bedrock & the Balance Series.

The second component of this formidable trio is Luxor T, a Buenos Aires based producer who's been steadily carving out a reputation for himself through his releases on the likes of Bedrock & Parquet Recordings and remixes for Guy J & Marco Bailey to name just two.

And the final piece of the production jigsaw is Elias Merheb under his 3lias alias. (See what we did there?) Elias is another 'one to watch' having learned his trade and crafted his art as resident DJ at one of the Middle East's most renowned clubs, the legendary BO18 in Beirut, Lebanon.

Together they bring us 'Da Goom'.  A room shaking slab of high grade Techno presented in two variations, both equally deadly in their own right. The 'Original Mix' is pure futuristic mayhem. Death Star Techno for androids on acid. Main room madness that's set to destroy.

It's little sister 'The Dub' plays the supporting role to a proverbial tee. Altogether subtler, the guys plough a a less frantic course with housier undertones but still plenty of techno flavouring. It's one of those genre blurring beauties that give us such a headache when choosing Beatport categories. Some tracks just don't like being pigeonholed.

The first of three big remixes comes courtesy of Mr Arjun Vagale. Hot on the heels of his recent releases for Tronic & Herzblut, India's leading Techno exponent has gone as far as to suggest that this his favourite remix he's ever done and who are we to argue? A perfectly on point piece of work.

Next up Selador homeboy Seff turns in another speaker busting serving of authentic acid house. Fresh and raw like good sushi but with a nod and a wink to the halcyon days of the late 80s, this is Seff doing what Seff does best and we that's why we love him.

And finally, the label's very own Steve Parry delivers on his promise of not leaving it another 5 years between remixes as he comes all guns blazing with the peak time goodness. A relentless tech house workout that'll leave you breathless. Look out.

And that about sums it all up. I think we've said our piece. What's your story?