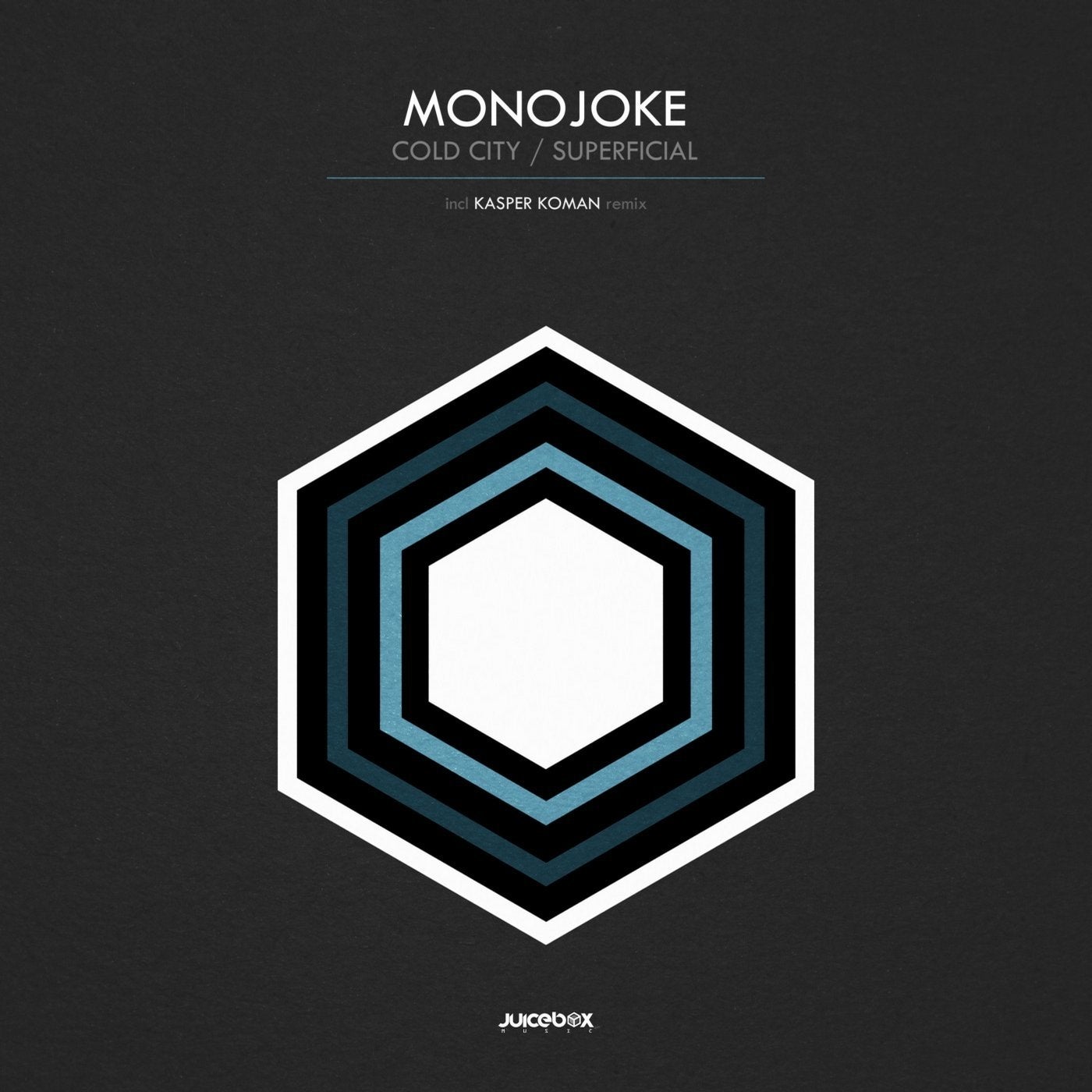 No stranger to the progressive community, Monojoke's productions can be found on well-revered imprints like JOOF Aura, Soundteller, Balkan Connection and ICONYC to name a few, while his collaborative project 'Fluente', together with Tuxedo, saw releases on Hernan Cattaneo's "Sudbeat Music" as well as Hot Since 82's "Knee Deep In Sound", with a new appearance on Nick Warren's "The Soundgarden". From his debut appearance on Juicebox Music via his remix of Subandrio's "Sigiriya" back in 2016 to his "Arterials" EP in 2017, we welcome Poland's very own - Monojoke, aka Jacek Gumbisz, back to the imprint with another peak-time 2-tracker EP, making his mark as one of our label's most esteemed artists. Both "Cold City" and "Superficial" feature his signature percussive-driven groove, driving basslines and larger-than-life atmospheric melodies, creating monstrous epic moments in sets. The sole remixer for this EP is Netherland's wonder-kid - Kasper Koman. Even though he's been producing for nearly over a decade, he recently burst into the scene with his fresh and unique style, highlighted by his releases on Guy Mantzur's "Plattenbank", Sonic Union's "Lowbit", Paul Hazendonk's "Manual Music" and more recently Mike Koglin and MoodFreak's "YOMO". His music transcends the traditional 'genre' expectations, providing a much-needed palette cleanser. Kasper's remix of Monojoke's "Cold City" is a masterclass testament to his technique - tight drums, a funk-inspired bassline, sprinkled cosmic effects while twisting and morphing the original parts to give a new life without losing sight of the dancefloor. - facebook.com/juiceboxmusic.in - twitter.com/juiceboxmusicin - soundcloud.com/juiceboxmusic-in - youtube.com/juiceboxmusic-in - instagram.com/juiceboxmusic.in