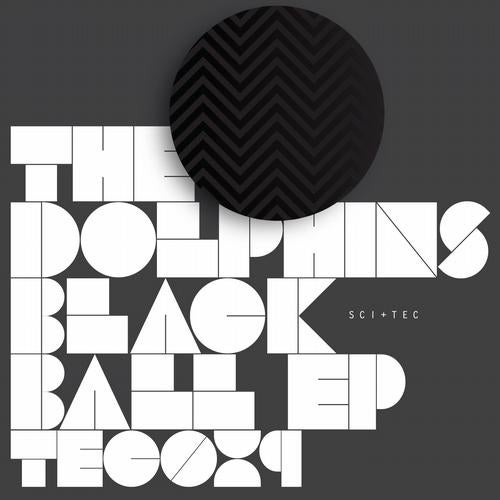 Italian trio The Dolphins return to SCI+TEC to follow up their 2012 smash 'Alba / Paravision'. Alessandro Veneri, Cristiano Valentini and Giacomo Doglione first joined the label back in 2008 with the release of their "Chemical Youth / Haze Hard" double-header. Hugely popular, the release helped introduce them to a wider audience and saw them go on to sign music to the likes of Boxer, Opossum, Suara, Toolroom and Affin. A year later The Dolphins returned to SCI+TEC with their track "When I'm Wrong" which featured on the V/A "Formula One" EP and in 2010 they were back with "Buffalo", a single that found support from a wider spectrum of DJ's including Kasper Bjorke, Stephan Bodzin, Zdar, Joseph Capriati, Slam and Feadz. Last year the boys stepped up again, this time with the Dubfire favourite 'Alba' and today they continue their run of annual SCI+TEC release s with their latest double header. Black Ball is far less dense than its name might suggest as the guys trademark pliable bassline bounces us along throughout. Their penchant for funk is evident again on Technopanico, and its not just the bass thats bouncing here as the synth riffs warp and cascade. Techno-Pazzo!