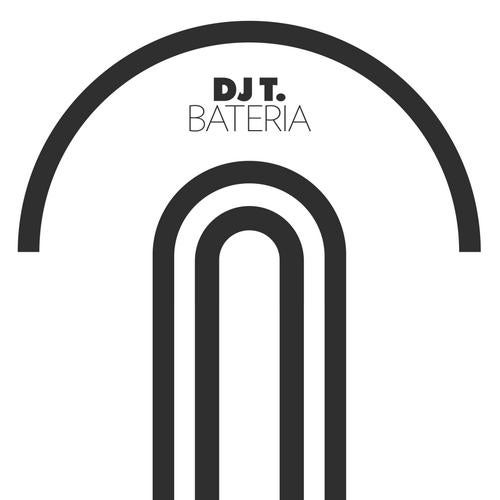 The first single ‘Dis’, from DJ T.’s new album The Inner Jukebox, has been a certified hit across club land since its release. As those who know him, DJ T. is not one to rest on his achievements, he heads back into the studio with production partner Thomas Schumacher to construct another thrilling number that will heat up the hottest beach fiesta, smash any club and run circles around the best of after parties.

Deriving its name for the meaning of drum set in Portugese and Spanish, ‘Bateria’ is more than just a couple of jiggles of a chocalho or the shake of a pandeiro. The cadence between the rhythm of the drums and percussion sounds like an ancient tribal language. The vocal: short, sweet and energizing like the perfect espresso. A track that epitomizes what happens if perfectly compatible elements are unified.

Our bad boys from Paris, dOP, don’t really add much to the stew but the way they cooked it, gives it a whole new flavor. They set the drums in motion giving the effect they are tumbling over each other down a steep mountain hill. Creating a build up of epic proportions through drums alone is no easy task, but the dOP boys are no new comers. They are all properly trained musicians in different areas of music production and instumentation, which shines through on this absolutely amazing remix.

T. and Schumacher decided to leave you with a departing gift in the form of ‘Early Bird’. A deep introspective tune that stays on track with what DJ T. stands for: layered percussion, crackling snares and melodically arranged rising synthesizer chords.

The Inner Jukebox, has been receiving some legitimate acclaim, but what would one expect from a guy who has been apart of dance music culture for over 20 years. His love and respect for it is transferred throughout the album. This single is another riveting chapter in the book of DJ T