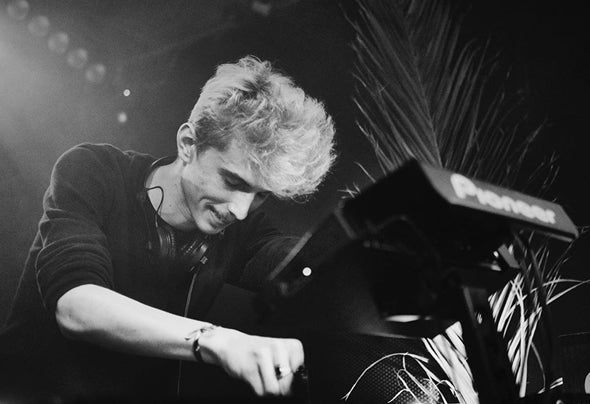 Punchim, born Loïc in 1999, is a french DJ and electronic music producer based in Lyon. Passionate about music since he was a kid, he started studying transverse flute at age 7 at the conservatory of Cavaillon (France). In 2009, Punchim joins a symphonic orchestra and takes part in his first concerts in Provence (France). He also plays at outdoors events such as the national music festival day (la fête de la musique, June 21st). In 2012, Punchim leaves music behind in order to focus on his education, and goes back to a more typical teenage life. However, he then discovers the electronic music scene. Enthrilled by the people he meets there, he decides to resume his music career, this time in the field of composition. In 2016, he discovers computer music, which motivates him to realize his ambitions. While he was working one summer, he met an experienced electronic music producer. Impressed by Punchim's energy and motivation, he offered him tutelage in Ableton Live (computer music software). Near the end of 2016, Punchim composes and publishes his first tracks online. During the same year, he met Erwan Madoré, who took him into his first playing nights at private gatherings. During the first semester of 2017, he worked to create his first studio. He then became a workaholic, experimenting days and nights with new electronic sounds ; he started doing his first sound syntheses and thus honed his technical knowledge, while producing around thirty tracks. In 2017 still, he joined a school (DJ Network) in order to surround himself with professionals. At that time he discovered melodic techno, house, and other genres that make up the electronic music scene. The year of 2017 enabled him to find his environment, in which he could freelyu express himself. At the DJ Network school, he met Tienezo and Lucas Sartore, music producers who would go on to welcome him into their collective based in lyon, Bloomy, in the end of 2018. Today, Punchim mainly plays at parties under the banner of Bloomy, in Lyon and other cities near it, such as Grenoble or Geneva. Punchim is a complete and passionate artist: always looking to broaden his horizons, he works tirelessly to carve himself a spot in the electronic music scene.