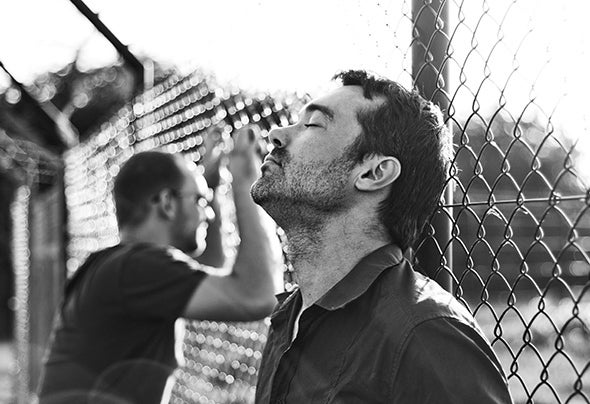 In Between are two musicians (Samuel Kovács- guitar, production and Martin Géč – drumset, percussions, Ableton, production / mixing ) who after playing together in various bands decided to form an own project. Live concerts, usually accompanied by a live singer and various guests, are supported by powerful and colorful samples which blend ideally into their artistic expression. In Between’s style is based on d’n'b, liquid funk, electro and house grooves and the live musical experience is accompanied by video projection. In Between recently released their first album “Electrified” in their own production which features Zdenka Predná, Kamila Hermanová, Réka Bokor and Mišo Biely.