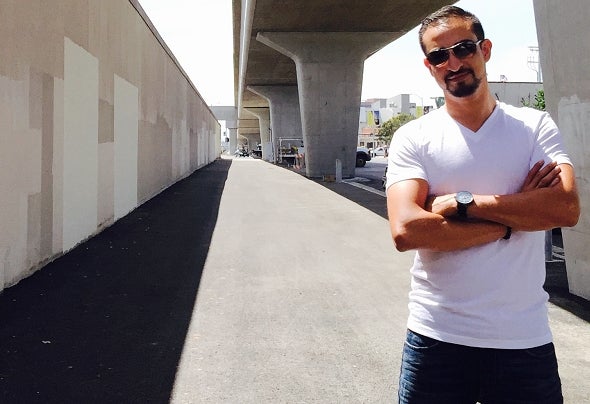 With the fusing sound elements of funk, electro, Chicago house, a tough of soul ambient and jazz, Deemoray sits in his studio and creates his mind-blowing house beats and s ounds .A native from the great Mexico City, Deemoray initiated his music career at the young age of fifteen. While other teenagers played soccer with friends, Deemoray was busy mixing some beats with soulful vocals creating tech house and techno mixes.Deriving his influences from the King of Techno, Carl Cox, by 2008 Deemoray had already established himself as a resident DJ to some of the renowned clubs in Mexico City such as Club Concepto Prive and Dorcia. His eclectic and provocative beats sounds are a sensation on the dance floor having club goers feeling the beats from the bass drums from head to toe.Because his DJ career had already skyrocketed with numerous club residencies, events and festival performances, Deemoray sought after expanding his music horizons when he decided to study audio engineering and music production in house music. In doing so, he became a marketable asset in the house music industry.With the goal in mind to demonstrate his music abilities not only on the turntables but in a studio, Deemoray has already had numerous tracks in the Top 100 charts including “Twenty Dollar Romance,” “Havoc Island,” “Solis Ortum,” to name a few. Not only have his tracks made it to the charts but they have been supported and played by other talented DJ’s such as Mark Knight with “Juiced Melon.”With the experience and knowledge in house music, in 2011 Deemoray decided to cross the cultural boundaries when he moved the competitive music industry market of Los Angeles, CA. He aims to blend the cultures and outlooks in his music productions and create a distinct style that sets him apart from his colleagues.With less than two years as a resident to the city of Los Angeles, Deemoray has already performed at world renowned venues such as House of Blues on the Sunset Strip and has broadcasted his music in a local LA radio show, Super Estrella After-Hours. With out a doubt, this talented DJ/music producer has surpassed even his own expectations with the great work he has accomplished.Already leaving a mark with his music in every listener’s ear, we can only expect greater projects to come from Deemoray’s studio.