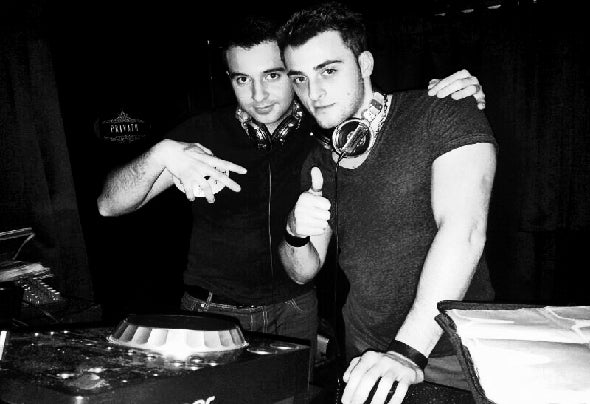 Santino Sardo & Gaetano Bonfiglio dj duo Italian producers with artist name BlastersBoyz, fused their musical talents. BlastersBoyz have created a reputation in North Italy through their Dj Set.BlastersBoyz are known to the best clubs in Milan, Turin, Brescia, Bergamo, etc...Santino & Gaetano began their career performing in various national web radios.In 2010 the duo performing in live web radio with their dj sets.The first album of the duo BlastersBoyz is "The Party Starts" in February 2014, they subsequently released numerous traces confirming their style always on.BlastersBoyz in addition to their productions, releasing remixes of famous artists.In March 2014 did a nationwide remix contest for the festival "Sensation White" reaching the top spot were chosen to perform at the festival.The 2014 was a big year for BlastersBoyz thanks to the numerous invitations to events and collaborations.On April 25 2014, have performed with a great performance at the "Sensation White" took place in Bologna (Italy) gaining reputation and support from other artists.In 2015 BlastersBoyz have released the single "Jump3r" supported by many artists including Mastiksoul, Deltabeatz, DIMIX, Muzzaik, etc...The last official remix in collaboration with DIMIX And Amy Kirkpatrick has Released "Deep In Love EP" with the "Shiftaxis Records" in September 2016.In 2017 is released whit the digital empire vip the new single " Victory".2018 starts Well releasing 4 new single "Screamer" - "Avalanche" - "Rave Rage" - "Anaconda" supported by many artists internationally.The BlastersBoyz are planning large productions to make you dance and have fun all over the world.Prepare the BlastersBoyz are working for you.