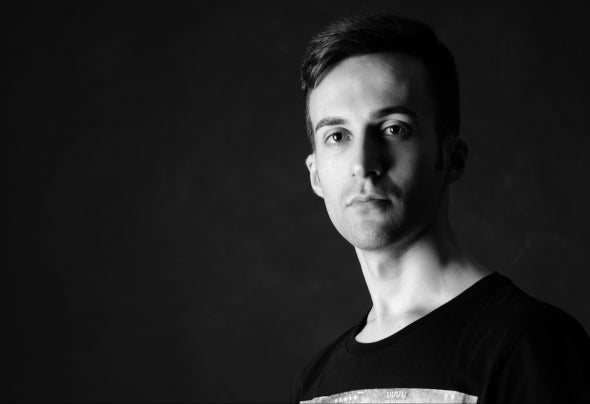 Alfredo Guadalti, italian dj/producer and owner of Label Code Records, was born in Frosinone in 1989. At 15 he began to approach to djing with great interest and after a few years influenced by deep and techno tunes, he started to play in different parties, so he got to know Alessio Armeni aka Freddy K.In 2010 he founded with the K1971 Management the Label Code Records, a digital label focused to techno and deep sounds, very appreciated to some big artists. So he got to know a lot of very cool dj/producer with which he does good projects.After he plays again with very good artists such as: Knobs, Flex, London FM.His influences are very marked by big basslines with a solid groove and by the style of Laurent Garnier. In the same year he received a feedback from him. To end of 2011 changed his style for takes a way more deep but without forgetting the techno sound, and in 2012 he started working with great artists such as Marc Zimmermann, Michael Strauss and Point Zero...really important for him and thanks to Marc Zimmermann, he plays on his first gig in Leipzig (Germany) at DHF Club.In the same year with your friend Adelmo, owner of Criminal Zone Records, he promotes a big electronic event on his region called Acuto Electronic Music Festival. A very cool and appreciated electronic scene in Frosinone by 3 years about, when he has the pleasure to play with Harvey McKay, GO!DIVA, Frankyeffe, Markus Bohm and Logotech.