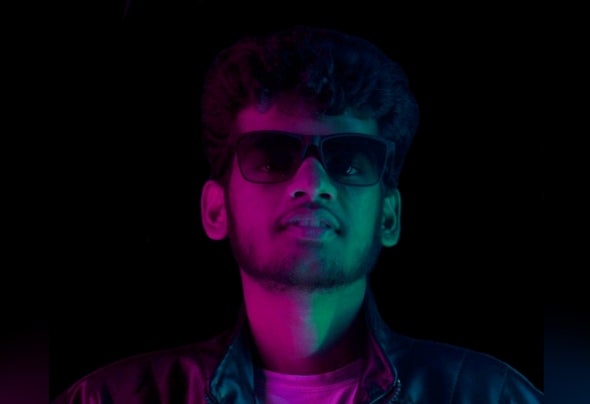 Ajax Cruise is a young talented DJ/Music Producer from Mumbai,India. He started his music career when he was 14y/o & earlier he used to make mashups & some mixes. Then slowly slowly he started producing music by watching tutorials on YouTube in 2018 & now he have achieved that succes and yes, he is now able to produce music in a professional stage. Well his music style varies between Progressive House, Electro House, Big Room, Trap, PSY & Hip-Hop, but he makes progressive house more than those genre.Currently he have signed to @AIDC Records upcoming biggest record label of India and it's a new record label and he is the member or artist of this record label.He is gonna come with tons of new ideas & upcoming musics with powerful drops & some people has proven that 'Ajax Cruise' is the upcoming risen star of India and his creative mind is gonna bang the music industry through his great musics.