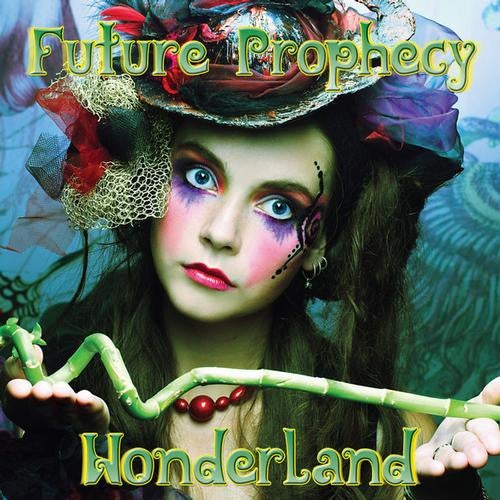 DNA Records is delighted to present its 18'th release as a label which is an artist album by Future Prophecy. Future Prophecy are Haggai Elazare and Shlomi Atia both from Israel. After three years working on their new album they're back yet again to present you with their eight album Wonderland! Future Prophecy are well-known and highly talented Producers. They've gained credibility and at most respect thorough their musical journey that started in the Israeli underground trance scene back in 1996. They've released 7 studio albums and they've continued to develop their unique sound and productions skills during the years. They keep dishing up some truly amazing tracks with the intention of bringing every party to a new level. Some of their astonishing mega are hits like 'Indra', 'Freak' and their noteworthy remix of X- Dream's classic 'the 2nd room'. Their last album Special Edition was released in 2009, and now they are back to blast the universal dance floors with their atmospheric and powerful tracks.
Wonderland is nothing but a masterpiece done in a classical full on fashion, although their track 'Juicy Pussy' is clearly going in a more ethnical direction and is highly Goa influenced. Future Prophecy are collaborating with Electro Sun on the track 'Higher Than Ever', featured are also Future Prophecy's remixes to megastar Yahel's massive hit 'Ocean' and Outsiders 'Remove Before Flight'. The last track 'Unix' featured on the Wonderland album, has a slightly lower bmp which gives the whole album a smooth ending. This gem of an album is truly infused with Future Prophecy's seductive and kicking beats, these guys really knows how to enchant and thrill the crowd. Future Prophecy continues to own up to their name and so does their new album, so.. Step Into The Wonderland Of Future Prophecy.