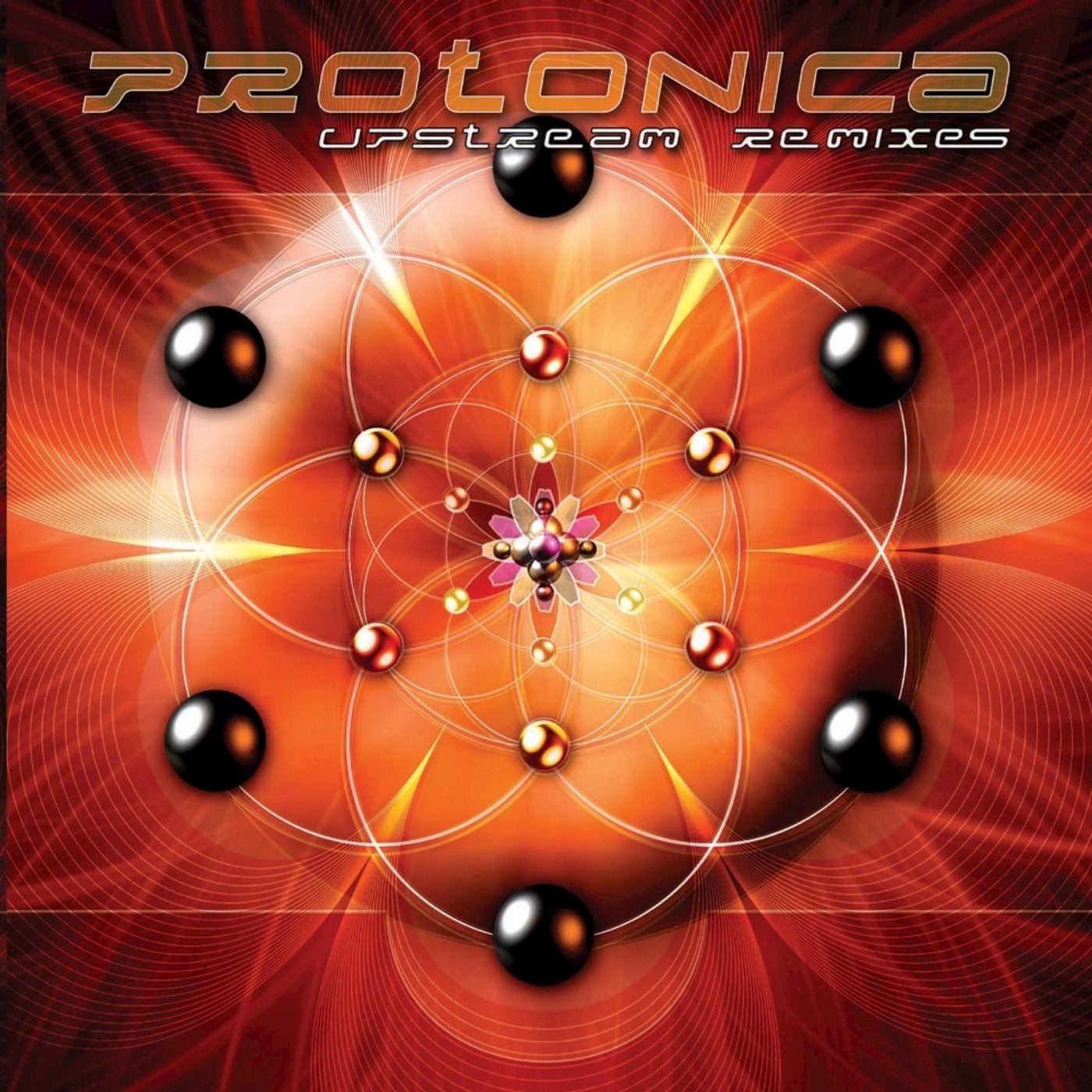 In 2008, producers from all over the world were invited to remix one of Protonica's most popular tracks, 'Upstream', the result of which is now being re-released as a remix collection compiled by AP Records to feed your neurons with fresh vibes. Progenitor and Alchemix from Greece, Synaptic, Sonic Species from Great Britain, WyL E Peyote from Northern Ireland, Solar Sound Network, Psyborg from Italy and Paulina Cewe from Sweden all did their very best in order to give 'Upstream' a new feel: Oscillating between progressive and trance, with elements of psy which are eloquently mixed with subtle tones of techno, house and crisp minimal, the Progenitor remix drives forward energetically, whereas the hard progressive beats of Synaptic amaze with creaky effects. Sonic Species' deep and mind-enhancing remix cranks up a gear as they throw in an abundance of interstellar frequencies and other time-bending elements and above all, a lot of drive. Alchemix' rework sounds quirky and energising, WyL E Peyote tear the roof off with their explosive remix, whilst Solar Sound Network beam the dancers into another dimension. Psyborg sounds grippingly maniacal, and Paulina Cewe sweet and cosmic. An amazingly versatile collection that melds mind-expanding grooves with intense feeling and amazingly lush harmonies - just like Protonica's original track.