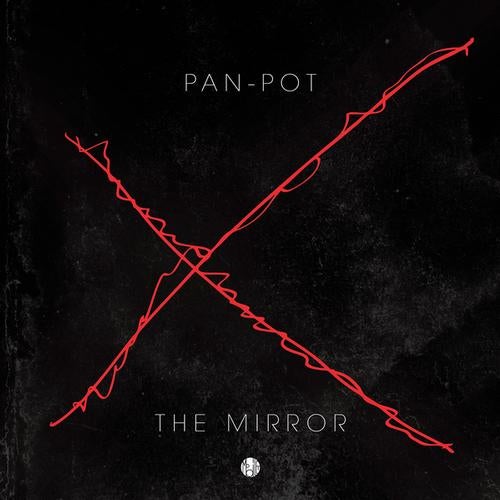 Amidst a heavy touring schedule, Mobilee119 sees the return of label staples Pan-pot with "The Mirror- EP. This two-tracker is particularly significant for the pair, as it coincides with their 10 year anniversary as a DJ duo. Over the past 10 years, Pan-pot have grown from complete no-names to one of the biggest techno acts in the world, regularly headlining festivals or filling packed stadiums. Perhaps one of the best ways to see how far they have come can be heard in their latest offering. "The Mirror- was the first track the pair produced in their new Berlin-based studio following a long studio break. Often steering clear of vocal use in their tracks, Pan-pot opted to change things up a bit for this track and invited their friend Kathy to join them in the studio. "Rosinenbomber" rounds out the EP, and features samples of the last ever conversation between a Pilot and the control tower at Berlin Tempelhof. "We love the mood so much that we wanted to have it on the b-side-, say the pair about "Rosinenbomber-. In conjunction with the EP, Pan-pot will celebrate their 10 years together with the X-tour 2 a series of 10 select shows taking place over 3 months in Europe and abroad. Enjoy! The start of the new millennium brought change, innovation and an array of technological developments. New names appeared on the international techno scene like never before, and one of the biggest to emerge over the last decade has undoubtedly been Berlin-based techno duo, Pan-Pot. 2013 marks Pan-Pot's illustrious 10 year anniversary, and to celebrate, the pair will visit selected clubs as they embark on the X-tour 2 a series of 10 shows in Europe and abroad from late October through to December. From humble beginnings at Berlin's SAE institute in 2003, Tassilo Ippenberger and Thomas Benedix joined forces to present their dark and murky take on techno to the world. 10 years later, the pair has established themselves as one of the mainstays on Berlin label mobilee, with countless releases and a constantly heavy touring schedule. Pan-Pot are hard-working, determined and endlessly inventive. Over the past 10 years, the pair have developed into DJ superstars, regularly headlining festivals or filling packed stadiums around the word. More often than not, they are playing sold out shows where their unique stage presence shines through and can be felt by each and every member of the crowd. On top of this, Pan-Pot have created their own distinct sound which is prevalent in their DJ sets and is revered by followers and peers worldwide. As well as celebrating their 10 years together, Pan-Pot will hit the road to give something back to the fans that continue to support them. The X-tour will see Pan-Pot playing extended sets at 10 selected gigs, each showcasing the entire spectrum of their music from the beginning of their career until today. Starting in Neuss on October 2nd, the tour will see the pair appear in Tel Aviv, Munich, Barcelona, Istanbul, Milan, Rotterdam, Paris and Hamburg with a final stop in Berlin's Watergate on December 14th. In conjunction with the X-tour, a short video has been produced by video artist Hakan Can. Pan-Pot will also release a new two track EP called "The Mirror-, which will be available on mobilee records from October 18th.