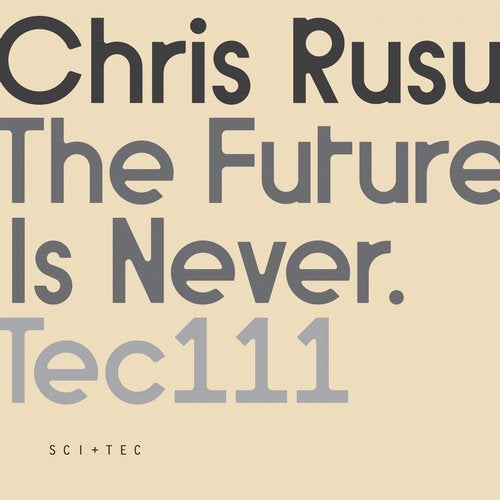 Kansas City's Chris Rusu made an immediate impact at the turn of the year with his SCI+TEC debut 'Fermata'. The young producer, who revels in the minimal bass-infused techno sound so synonymous with the label, won an impressive wave of support for his debut outing. The Future Is Never is a three track selection from the American, lead by the popping groove of The Mission. The staccato fx and warm bass of Vortex rolls through as we a swept along by strong waves of synth. The title track rounds out the release with its clever high-pitched reverse melody delivering an almost uncomfortably satisfying dancefloor experience. Clever stuff.

The Future Is Never