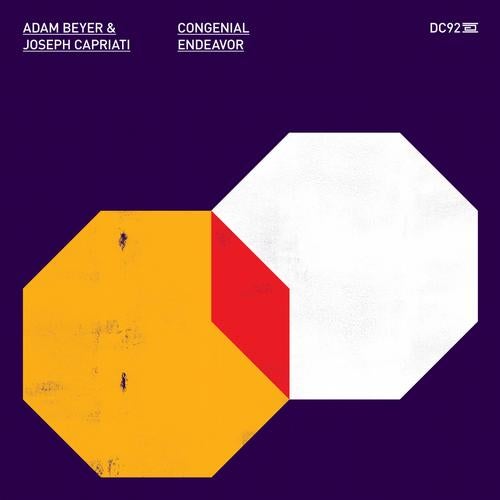 From being label mates on Drumcode to becoming studio partners was only a matter of time for Adam Beyer and Joseph Capriati. That time finally came when they found themselves with some downtime in Stockholm following the Drumcode Christmas party. Having shared the DJ booth on many occasions, often playing back-2-back sessions, the pair has proven the musical connection between them is a potent one.

Title track, Congenial Endeavor sums up this bond, not just in meaning but also by the resolute yet emotive styling of the content, which treads a line between the playful melodies and primal rhythms that characterize the music of both producers. Rubicon operates within a similar ballpark, delivering much for those seeking bombastic techno while also making room for a little cerebral depth via the intricately structured atmospherics. Family Matters provides an alternative angle; slowing the BPMs, working up a warm, hypnotic bassline and teasing out strings to create a low-slung groover that oozes late-night wonkiness.