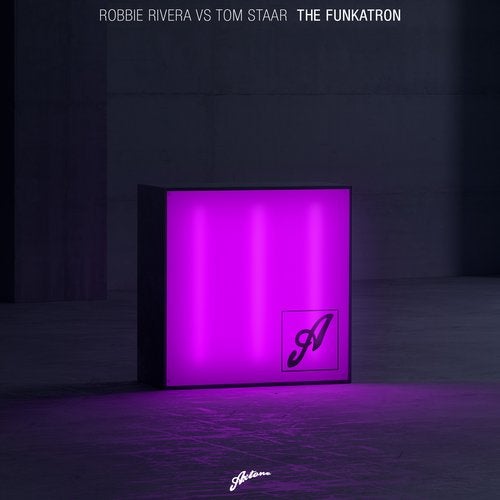 Miami's finest, Robbie Rivera, combines with The UK's Tom Staar for one of the most eagerly anticipated Axtone releases of recent times, 'The Funkatron'. Skillfully transitioning into summer from a monumental WMC, 'The Funkatron', has already garnered support from the likes of Axwell /\ Ingrosso, Tiesto, Danny Howard, and countless more.

An instantly recognisable club classic, 'The Funkatron' heralds back to the golden era of the Subliminal imprint, and one of Robbie's first major breakthroughs into the dance music world. Fresh off a Bob Sinclar collaboration, Robbie Rivera continues to further his tribal-influenced sound, since appearing on Axtone in 2015 via his single 'Falling Deeper' featuring Shawnee Taylor. Aside from his imminently pending album, 'The Funkatron' is a clear representation of Robbie's foresight as a producer and DJ in all things House.

Amassing a buzz after its WMC domination, 'The Funkatron' demonstrates Robbie and Tom's ability to tastefully flip this club classic. Incorporating propulsive synths and booming drums, perfectly suiting it for release amongst Axtone Records' exciting year ahead.