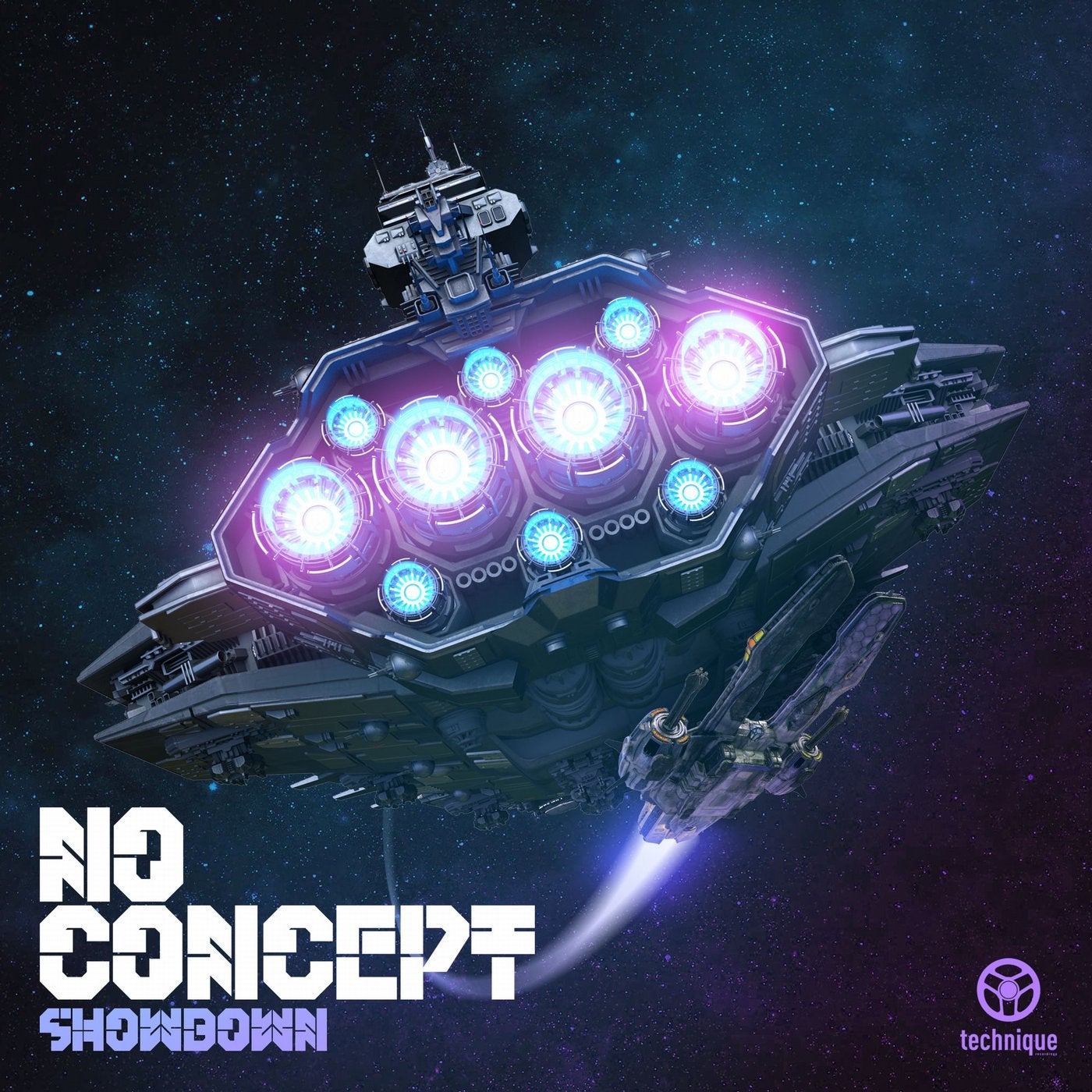 Massive tracks like "Weirdo", laced by unlikely guest star Bizarre from D12, and "Grave Digga", plus huge deejay sets at events like Fabriclive and Let it Roll have firmly established No Concept's rave-wrecking credentials. And now they're back with a brand new EP. The eponymous opening track of "Showdown" might just be the most epic sound we've heard from No Concept so far. Right down to the "In a world..." narration, this is uncompromisingly cinematic, with a synth orchestra teaming up with touches of classic breaks to build the hype. Then the drop throws us straight into the middle of sonic warfare, with huge waves of bass striking against concrete-hard drums. Then, with "Gets Me High", No Concept switch to hands-in-the-air mode. The rising arpeggios, uplifting chords, and building harmonies in the intro suit the big room perfectly, but that's not all this track has to offer. The drop manages to blend heavyweight bass and steel toecap drums into the euphoric musicality, meaning this is going to hit hard wherever it's played. Big tune. "Wot U Gna Do" is unmissable. Selectors from across the spectrum are going to love this one. The intro gets us hooked immediately, as immediately-recognisable riffs and vocals grab our attention. After a build that you're almost certainly going to be wheeling, No Concept swing a mighty wrecking-ball of a drop at us. Deploying the stripped-back aggression of grotty jump-up melodies, combined with serious levels of bass-weight and twisted timbre-manipulation, this is dangerous. Finally, we get "Fire Riddim". Opening with one of the expansively dramatic intros that No Concept have made a trademark on this EP, the tune is driven by metronomic pizzicato stabs, while keys and brass prophesy viciousness to come. The nitroglycerine drop hits hard, with rock-solid bass and beats to make the dance move. It's the way the melodic elements fluctuate into unpredictable patterns, though, that keeps this vital and engaging to the end. Explosive material. It's clear that there's no such thing as a typical No Concept tune. Capable of light and shade, filth and melody, every time these producers bring out new music, the only thing we can predict is that they'll find a way to surprise us. And that their tunes will take the roof off wherever they're played.