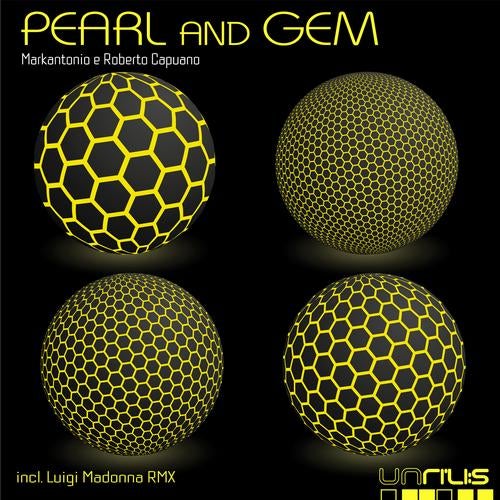 Italian techno imprint Unrilis returns with a brand new single from the heavyweight pairing of Markantonio and Roberto Capuano, featuring two sterling remixes from Luigi Madonna..Rino Cerrones Rilis and Unrilis labels have been a staple of the techno landscape for over a decade now, releasing searing, floorfilling music from Cerrone and some of the scenes leading lights. Now Unrilis looks again to techno heavyweight Markantonio for its latest single, a single that sees the Neapolitan DJ/producer team up with young production talent Roberto Capuano who has already had such success on labels such as Analytic Trail & Driving Forces.This new EP opens with Pearl a superbly hypnotic, pulsing techno workout that fuses rumbling bass tones with skittering percussion to create the base for the intense synth stabs that rise from the mix, quality stuff. Pearl is followed by the second of the two original tracks Gem, which is a fitting title for this outstanding piece of techno: deep and aggressive, the track layers white noise over an industrial soundtrack to come up with a no holds barred record that ticks all the right boxes.The EP is completed with two remixes of Pearl from fellow Italian producer Luigi Madonna, a man who has been making a solid name for himself with releases on Marco Baileys MB Elektronics, Hawtins Plus 8 and Adam Beyer Drumcode to name but a few. First up we get the Club mix that sees Luigi in full flight, dropping a version of Pearl that is haunting and mesmerizing in equal measure, this is followed by the Dub mix where things go deeper into the abyss, with a mix that strips things back and takes the listener beyond the realms of light.Unrilis have another sterling release on their hands, delivered by some of italys best techno producers, enjoy!