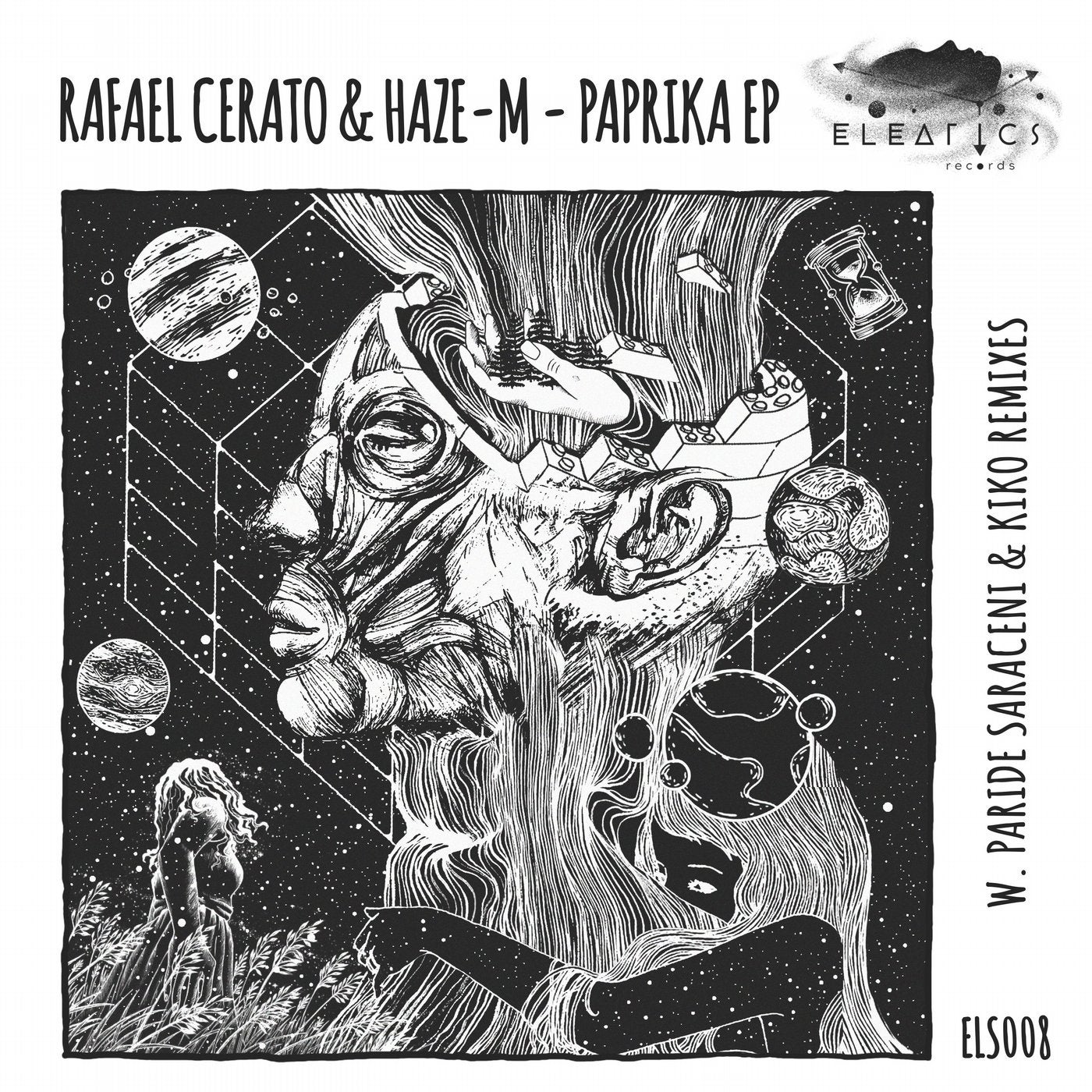 We're highly elated to have the duo of producers, successfully releasing their music solo on Eleatics last year, who have now doubled their skills uniting their production visions into what we now have as 'Paprika' EP.
Both acts' progress are interesting and exciting to watch: Rafael Cerato is surely known to the broad audience with his music laid down via Diynamic, Systematic and also with 'Universe' EP with us; whilst Tunisian producer Haze-M has marked himself a bright year with his music on Suara, also Systematic and his anthem 'Advika' release.
Both melodically infused and ethnic mood oriented 'Paprika' and 'Yaman' tracks are newly embraced with remixes.
Italian artist Paride Saraceni is known for his firm techno groove, releasing on Truesoul, Suara, Tronic, Terminal M and remixing from the likes of Maya Jane Coles, is on 'Paprika' and, as usually, applying his ponderous manner sound of it.
Legendary French techno star Kiko, whose is quite big enough to enumerate since 2002, is immersing 'Yaman' to the deepness of Progressive and Techno world.
The heavyweight EP from the strong acts - that's what we have, so do your pick with any of these for the people on the floor in need.
We set no boundaries.