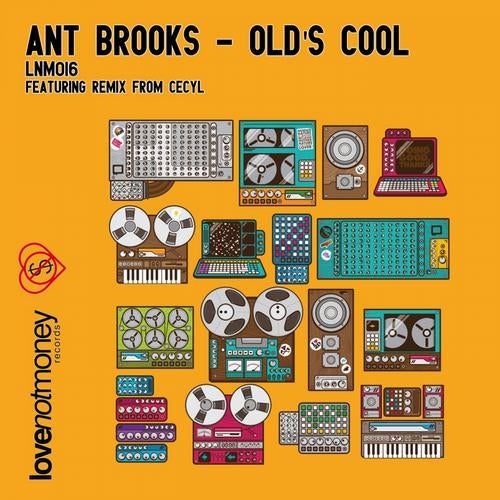 Ant Brooks is a prime example of why hard work, dedication and an undeniable talent are key to progressing in the House music scene. Since bursting on to the radar three years ago where Pete Tong kick started Ant's support with his debut release, 'Shuffle', Ant Brooks made an immediate impact on the global house stage, and has quickly become one of house music's most desired suppliers of smooth, sexy and quality house music.

Since, the Coventry based artists impeccable introduction continued through delivering more of his effortlessly sublime productions such as 'Size, 'Filtered' 'El Surco' and the 'Wired' E.P, releases that found themselves signed to numerous labels like Suara, Mark Knights Toolroom Records, Michael Woods' Diffused Music imprint, Monique Music, 303 Lovers and many more reputable labels.

On remix duties we've drafted in young producer Cecyl. With his debut release being snapped up by Darrius Syrossian & Steve Lawler for the latest VIVa compilation it was an obvious move to get him onboard and introduce him to Love Not Money as another burgeoning young producer to add to our ever growing roster. It seems as well that he's already crafted his own style of raw sounds and Jackin beat's paying homage to the early day's of the formidable Chicago House sound.