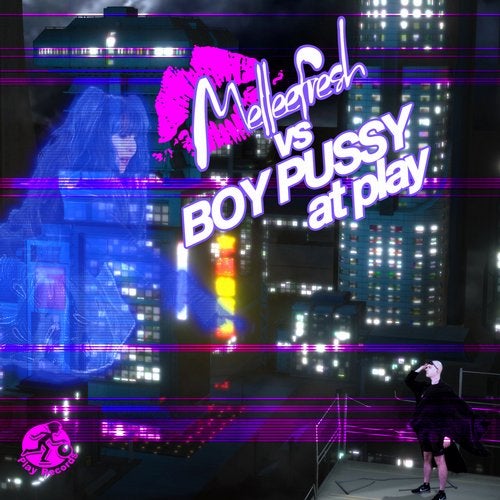 Exclusive
Toronto dance music collaborators Melleefresh vs Boy Pussy continues our series of At Play artist compilations with 11 of the sexiest tracks from the duo's on-going collaboration over the past 7 years, including two new tracks - Bitches 'n' Whores and Hook Yu Up.

First developed during the artists' 2015 sessions at Play Deep Studios in London, Bitches 'n' Whores employs a minimalist 90s house vibe and autotunes between layers of vocals to give the track a unique, androgynous flavour.

Produced with the classic Roland TR-909 drum machine and Super Jupiter synthesizer, the sound is irresistibly analog and classic with a delicious modern edge. And Mellee's use of a Shure SM7B (Michael Jackson's preferred mic) even makes its way into the lyrics.

Hook Yu Up is the duo's latest work, a catchy piece of house music with Melleefresh's tongue-in-cheek, Western-themed vocals over Boy Pussy's raw melodies. While neither country music nor techno, Mellee amusingly refers to the track as 'country techno' and attributes her trucker voice to a summer of escapades she spent in New Mexico. Her CB handle was Cha-Cha-Queen. We are not making this up.

Fun and playful, these tracks exemplify Melleefresh's and Boy Pussy's work together, from their earliest collaboration, Motorcycle Prostitute, to the cupcake-inspired madness of Yummy.

Melleefresh vs Boy Pussy At Play