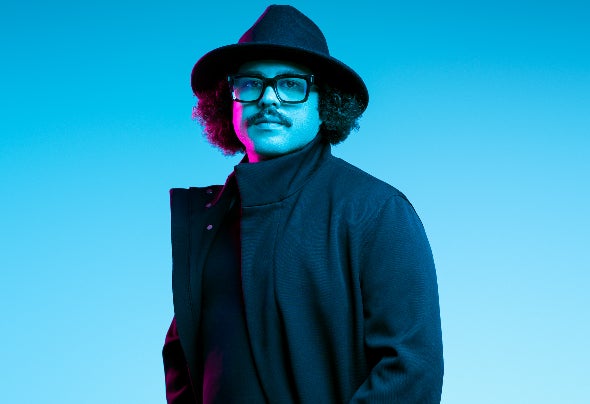 Canadian music producer Kardano is an artist on the verge of greatness. Developing a signature sound that is simultaneously energetic and chill is no mean feat. And it’s taken the young artist several incarnations to refine his craft. A graduate of Vancouver's prestigious Nimbus School of Recording, he manned the decks for Squamish rapper Discreet Da Chosen 1 on a tour of First Nations reservations throughout British Columbia. He has teamed with DJ Johnny Omega to form T.D.K, producing several original tracks and remixing Home by Flash Brothers & Khushi Soni for StoneBridge's Stoney Boy Music. Clubs and events in and around Vancouver where Kardano has DJ'd include Pierres, 100 Nights, Republic, Killjoy, L.E.D., The Granville Room, Georgia Hotel, The Atlas, and the Monster Cat Compound Block Party. In 2019, he made his recording debut as Kardano with the single Stronger (ft. Paradise), released through his own Boom Boom Music and featured in a HOT-Q compilation for Label Worx. Hot on its heels was Anything For Love (ft. Donel), also released through Boom Boom. Kardano's third release, I Like To Party (ft META4OUR), was the lead track on the Play Records' annual NYE compilation. Over the course of 2020, Kardano continued to release singles through indie labels: Get Your Body Movin’ and For Granted (ft. Sade Ariel) (both on Play), Easter Blues (Boom Boom), Red or Blue Pill (Westwood X), and Rock Tha Party (UFO Recordz).