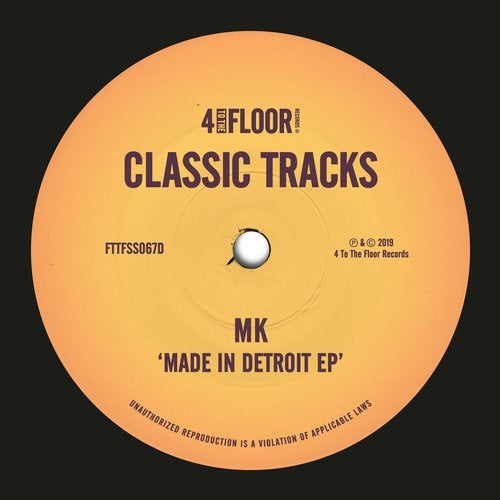 A revered DJ, producer and remixer, MK's roots are firmly grounded in his hometown Detroit. Often heralded the birthplace of techno, the Michigan state has also been a breeding ground for seminal house music, producing artists such as Moodymann, Terrence Parker and of course MK himself. Now 4 To The Floor have packaged together the Made In Detroit EP, celebrating some of Marc Kinchen's signature Motor City sounds. Opening with the 1991 underground gem 'You Brought Me Love' with its garage chords, grooving bassline and piano notes that appeared on the B-Side of the original vinyl release of 'Burning'. 'The MKappella' which follows also appeared on the same early 90's vinyl release. Rounding of the EP is the original mix and Oracy's Edit of MK's lesser known 2014 release 'Strider', which deliver pure Detroit vibes on this rough-and-ready release.


MK 'Made In Detroit EP'

Made In Detroit EP