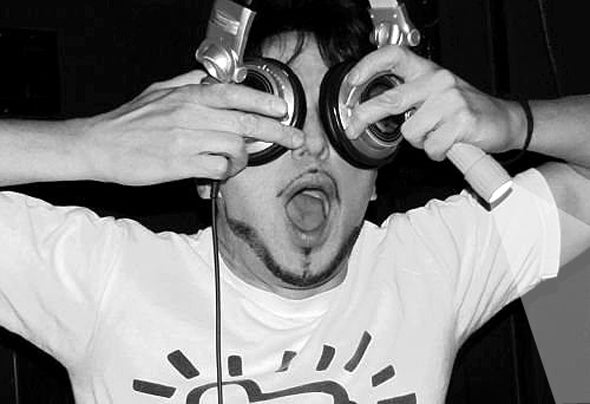 JOHNNY DYNELL is the New York City DJ, producer, songwriter, remixer and impresario who has been practicing his art and craft for three decades. When Nina Hagen sang "AM/PM, Pyramid, Roxy, Mudd Club, Danceteria" in her 1983 classic "New York New York" she could have been describing Johnny's work week, as he played at them all. Beginning at the seminal Mudd Club in 1980, he also went on to residencies at Area, Boy Bar, Susanne Bartsch's Copacabana parties, The Limelight and weekend nights at the original Tunnel.In 1983 while working at Danceteria, producer Kenton Nix and fellow DJ Mark Kamins (who had just produced Madonna's debut single) collaborated on Johnny's first record JAM HOT. T his quirky, infectious ditty about Graffiti kids and break dancers was a radio breakout, cult classic and Dynell's first outing as a songwriter/artist. Its refrain "Tank, Fly Boss, Walk, Jam, Nitty Gritty / Talkin' 'bout the boys from the big bad city / this is Jam Hot" has been sampled in dozens of songs worldwide. In 2009 the term "Jam Hot" made it into the Urban Dictionary.Throughout the 1980s Johnny continued to DJ around the world and record on Atlantic Records, collaborating with Arthur Baker, Malcolm Mc Laren, Larry Levan, Peter Rauhofer, Eric Kupper and David Morales. Dynell ended the decade in London recording "Elements Of Vogue", a cult classic that set the standard for all "Voguing" records to come. A longtime member of the House of Xtravaganza, JD continues to spin and write for the Voguing subculture in New York City, and a compilation of his "21st Century Voguing" tracks is due for a Summer 2011 release.In 1990 Johnny and his wife Chi Chi Valenti opened their own nightclub Jackie 60, an influential underground party that ran for the entire decade, and evolved into the full-time Meat Market venue Mother. Although he continued to DJ at Jackie 60, his energy for the next ten years was totally devoted to running this long-running hit club and its many satellite nights and projects.After the closing of Jackie 60 and Mother in 2000, Dynell found his way back to his first love - spinning - when he accepted a residency at Gotham's first new mega-club of the decade, Crobar, in 2003. His Saturday night following there for the next four years also inspired him to begin writing dance music again, including the Pink Martini hit "Una Notte a Napoli". As the Oughts ended, his residencies at gay dance club MR. BLACK and the uber-popular Vandam Sundays at Greenhouse found him back with a vengeance, and a sound described by Michael Musto as "Johnny Dynell's bracing mix of newish-old and oldish-new".In 2010, a new generation discovered Johnny with the release of a Jam Hot/ Big Throwdown remix project on Smash Hit Records. This Nu Disco project, which spent three weeks at #1 on the Juno sales chart, featured remixers including Tensnake, 40 Thieves, Peter Rauhofer, Mark Kamins, Clouded Vision, Elija Rudman and of course, Johnny.Summer 2011 saw the launch of Dynell's own label, Endless Night Music, distributed by The Orchard.