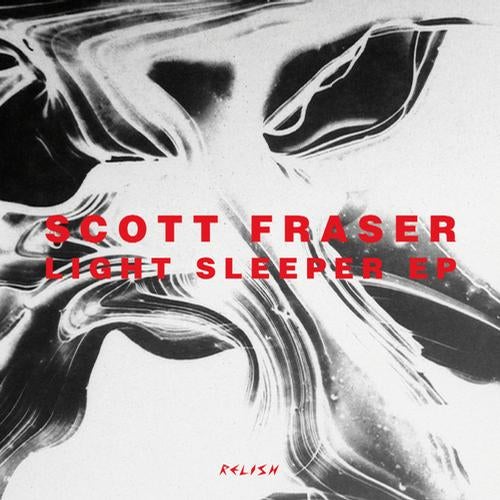 Scott Fraser is a Glaswegian drummer who turned to drum machines during the 80?s acid house wave. He went on to produce Chicago house and Detroit techno influenced box jams throughout the 90?s. International DJ and live appearances followed including Detroit and Berlin. His early work includes releases on UK's Emissions Audio Output Records as well as Black Nation Records and Wave Music in the US. Scott's studio is now residing in Andrew Weatherall?s legendary East London bunker. He has recently remixed Virgo Four and the upcoming Headman single Turning whilst his original productions have heralded releases on Astrolab France (featuring remixes from Mark E), Remains The Same on Andy Blake?s World Unknown label and the killer track A Life With Silence which Weatherall will release on his new Birdscarer imprint as well as including it on his upcoming mix CD for Ministry Of Sound. On Relish Scott delivers a 3 track E.P. entitled Light Sleeper, still following the same path of slow, machine funk driven techno. The E.P. starts off with Centerville, a dubbed out kosmische funk track. Next comes Convenient Injunction, which is slower acid meets Detroit. On Paraphrase Mine, Scott keeps it funky and adds a murderous bass which drives and drives and drives? The first remix comes from studio neighbour Timothy J. Fairplay who was part of the legendary band Battant and now engineers for the likes of Andrew Weatherall, Death In Vegas and Daniel Avery (Stopmakingme). His new production Xylophone will appear on Astrolab this Spring. Finally, label boss Robi Insinnna / Headman contributes one of his unique reworks. Keeping the orginal spirit of the track, he adds his signature combination of melody and groove for the floors.