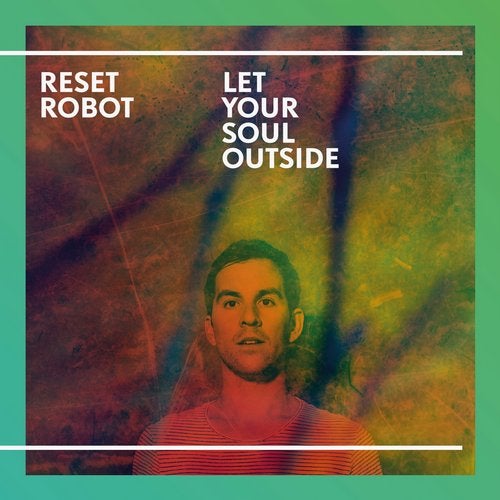 Behind the Reset Robot project is Dave Robertson, a producer who has released standout singles on labels like Dogmatik, Intacto and Adam Beyer's Truesoul imprint over the past 5 years. Now he steps up with his debut album, the stunning 'Let Your Soul Outside'. The LP was written at Reset Robot's home studio in Portsmouth and is an album of fascinating textures inspired by "all the music I listen to and love!" says the producer himself. "Ive wanted to do this for a long time and all of a sudden I had 8 or 9 tracks together which were a little bit different. I added a few more and asked a close friend, Tom Powell from Mister Woo, to add vocals to a couple of them and it was ready." The result is a full length that touches on many different moods and emotions, starting with the melodically soothing tech funk of 'Guitar Man'. Tracks like 'Little Alice' then pick up the momentum thanks to slick beats and crisp percussion and 'Sizzler' introduces a soulful vocal element over more tortured sounding, synth-laden grooves. It's not all full on dancefloor material though, with tracks like 'Desi Beats' it allows you a little time to breath thanks to their more widescreen and laidback vibe, whilst 'Sausage' strikes a truly emotive pose that has your thoughts turning inwards. With this album Reset Robot proves both his range and his dexterity – no two tracks sound the same, and instead the Portsmouth producer explores every nook and cranny with a fine attention to detail that really makes the whole thing sing. 'Let Your Soul Outside' is a stellar achievement.

Let Your Soul Outside