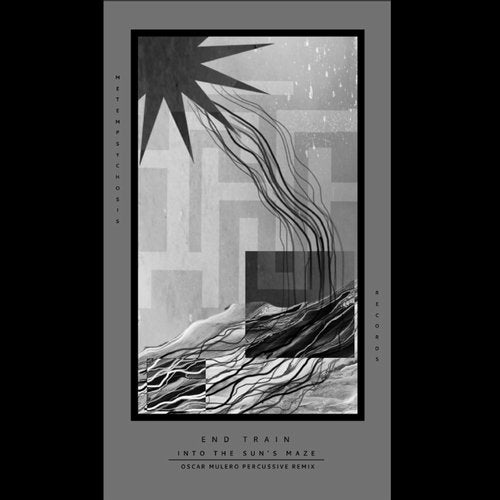 With this digital-only remix of End Train's "Into The Sun's Maze" by Oscar Mulero, Metempsychosis vinyl 003 invites you to the sonic soundscapes of End Train - Breaking The Silence, out on September 20th 2019.


Story:
Relentless percussions, savage rhythms and mind-expanding glitches narrate the adventure of Quetzalcoatl, the Aztec feathered serpent deity of Wind and his mission to interrupt the silence on Earth with music. A long time ago music was yet a privilege of the Sun who was keeping all the musicians confined in its realm.

The evolving nature of the tracks symbolizes the journey of the Wind, who, helped by the waters, reaches the Sun's land. Disoriented and lost in the Sun's maze, he accepts the challenges that his adventure presents and endures a lengthy and demanding quest to find the music. The only way to get on the right path is by feeling the sound itself. By trusting it and following the air vibrations, he finally finds the courtyard where all the musicians are playing. Despite the Sun's crying and imploring the musicians not to go, Quetzalcoatl manages to bring them all down to Earth. With their arrival, the silence in the world is suddenly broken, while sounds and music sprout everywhere as animals and humans learn how to sing and play.

This story teaches us that through our perseverance and also by working with others - like the wind joins forces with the waters - we can change any condition and bring wonderful things even where they do not seem possible. It's up to each one of us to create the world we want. So abandon yourself and embrace the broken silence.

Into The Sun's Maze - Percussive Mix