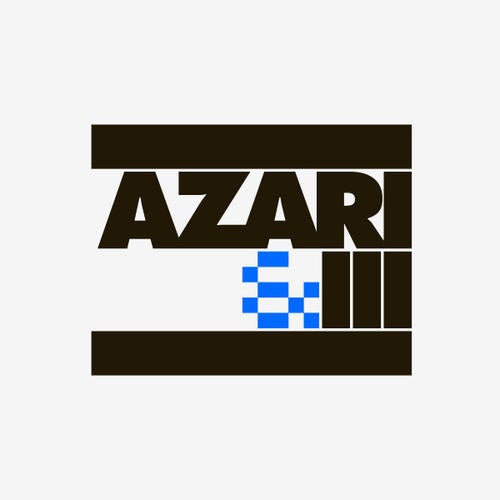 AZARI & III INDIGO Turbo Recordings is proud to present its latest signing, AZARI & III. AZARI & IIIs first two singles were championed by an impressive cross-section of DJs and artists like Erol Alkan, Hercules & Love Affair, Michael Mayer and Friendly Fires. This broad-spectrum appeal led to Juno Plus featuring them on their Ones to Watch in 2010 list, while Hungry for the Power ranked on Resident Advisors Top 50 Tracks of 2009 poll. They've been courted by Trax to become the flag-bearers of a late 80s Chicago revival, made arguably the best 90s dance pop hit of the 2000s with "Reckless (For Your Love)", attracted the attention of Pitchfork and the indie kids, and yet they've only released two EPs. What they've got in the pipeline is going to blow people away. Their first outing on Turbo showcases a more stripped-down club sound, the pop vocals subdued to lush moans, the tones darker and deeper than what you've heard from them before, but every bit as catchy and effective on the dancefloor. The Dub is an extended version with 10% more funk, 5% more 'jack', and 1% more jazz (our imposed limit). The B-side reveals a new dimension to AZARI & III; further proof that these guys aren't one-trick nu-jacks but seasoned afficionados who have been trawling Canadian record stores for the past two decades, refining an aesthetic that doesn't imitate but rather re-invents genres in their image. "The Worker" is a legit warehouse techno bomb, a bit too full-on for the album, but perfect for a limited edition indigo-colored vinyl release on a label known for "bangers." AZARI & IIIs self-titled debut LP is slated for release on Turbo this winter.