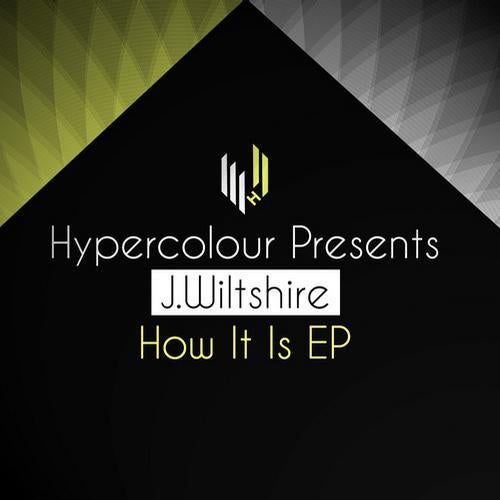 Following some major releases of late, Hypercolour return to championing undiscovered talent, this time in the form of the prodigiously talented 18 yearold J.Wiltshire. In releasing on Hypercolour, J.Wiltshire follows in the footsteps his good friend and fellow 'Winch' crew member Bareskin, whose recent Eyes EP caused a number of heads to turn in the direction of the Hampshire. These young producers from Winchester are the architects of a mature sound, defying the logic that music with a strong level of maturity takes years and yearsto perfect. Showcasing a sound across three tracks that harnesses an inert level of depth, the How It Is EP also sees J.Wiltshire take vocal control on each track. The title track is a deephouse lament that bubbles with intent. Soft driving basslines rub up against claps and a kick that drives the tune at a steady pace. The build is slow and patient, allowing the repeating vocal and backing synth line to slowly crank the tension of the tune to its full level. Cloaked in subtlety and with a beautifully understated drop in the midsection, it's a track which is both capable of delivering an awesome headphone experience as well as a 4amclub moment. The other two tracks on the EP keep to the mantra laid down by the first. Closer is reminiscent of early Maya Jane Coles releases and again features another pitchperfect mournful vocal, delivered with enough echo and restraint as not to engulf the track. Finally, Take It Off My Mind offers more of an ambient texture in the first half of the track, with soft cymbals and more fragile tones before the synth line becomes fractured enough to tailor it to the dance floor in the second half, which then lands back into a beautifully soft and textured ending. J.Wiltshire has produced a sound on the How It Is EP that will resonate strongly with clubbers and connoisseurs alike. The fact he's managed this at 18 makes him an exceptionally strong bet for the future.

How It Is EP