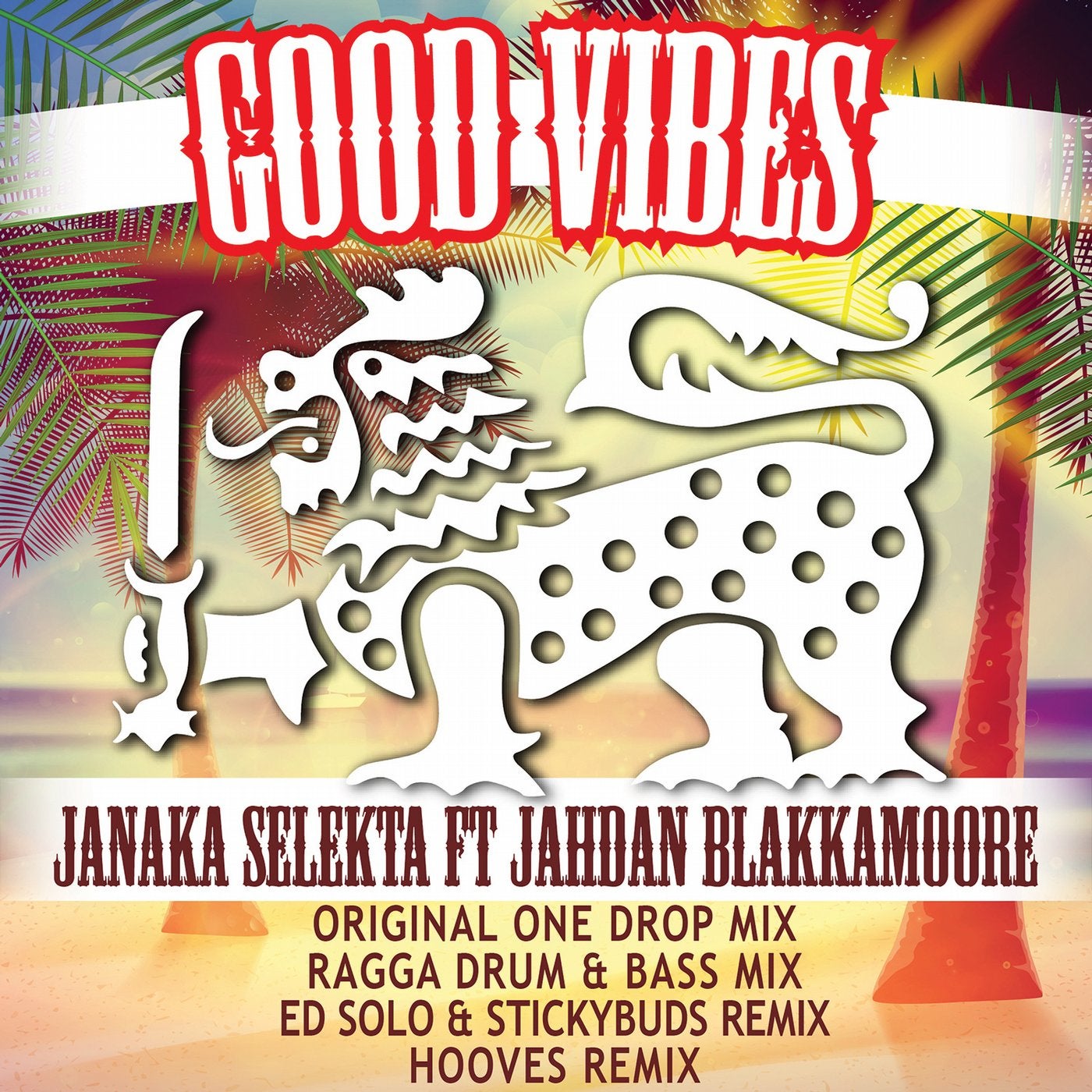 Bay Area bass music stalwart, Janaka Selekta, has teamed up with the incredible Jahdan Blakkamoore to deliver an uplifting, melodic and very bouncy tune that radiates its namesake, Good Vibes.
Janaka produced both the One Drop mix as well as the rough and rugged Ragga DnB Mix and then some of the head honchos of modern Junglist vibes, Ed Solo & Stickybuds provide a funky and fresh version of the tune that would make a perfect night closer. Australian bass maestro , Hooves, then closes things out by bringing back the bounce with a chunky Glitch Hop rendition, making this a very solid 4 pack.

More about Janaka Selekta:
There are few DJs that have perfected the art of mixing to elevate the dancefloor to frenzy quite like Janaka Selekta. Janaka started DJing Jungle and Drum n Bass to packed underground venues in the late 90s in San Francisco with Dhamaal and Worldly crews, running the Asian Underground sound in the San Francisco bay area. Over the years his sets have evolved to include many genres, seamlessly moving from different tempos and intensities to truly rock a dancefloor. As a multifaceted producer Janaka is renowned for sculpting cutting edge sonics, hard hitting beats, and then combining them with traditional instruments from across the planet. His most recent music releases focus on writing dancefloor centric songs without a focus on one genre. Janaka has won a number of awards for his DJing including Best DJ in San Francisco by the largest circulating newspaper in the city (The SF Guardian), in addition to his band winning Best Electronic Act 2 years in row. His intricately designed sets have rocked massive audiences across the US and he has opened for Asian Dub Foundation Soundsystem in the UK and toured India many times. Janaka has also toured extensively with his band Gods Robots (signed to Sony India).