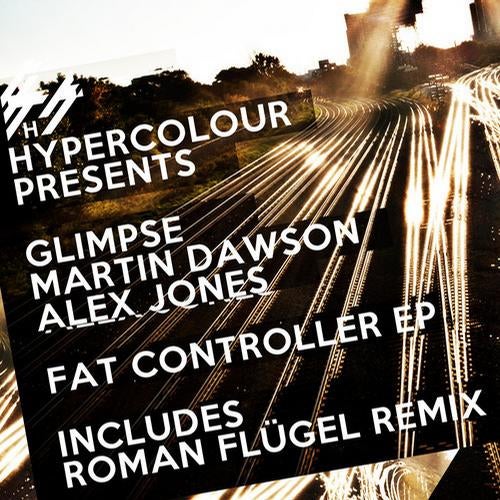 The next Hypercolour release comes from label co-boss Alex Jones in conjunction with close friend and Crosstown/Cocoon associate Glimpse. The latter then teams up with one half of Two Armadillos and Get Physical man Martin Dawson for another original before the three tracker is closed out by Dial's producer extraordinaire, Roman Flugel. Quite the package, then! 'Fat Controller' is a dark, reductive house track with plenty of minimalistic tendencies: pitched down and heavily filtered vocals, icy analogue lines and a subtly building groove. It's one for the back room late at night, to be sure. For his part, German and esteemed analogue master Roman Flugel adds plenty of found sounds and analogue flourishes to make the track a much more organic affair. His delicate, beautifully optimistic little melodic touches do the same, and there's less tension and more humanness in the dreamy deep house that results. On the flip, Jones and Glimpse pair their non-standard afterparty freakiness with a chugging groove that locks you in with each rotation. It's intense without being overpowering, instead slowly casting you under its abstract and alien spell. As you should expect from this label off-shoot by now - this is another unpredictable and individual EP that ardently treads its own unique, thoroughly contemporary path.