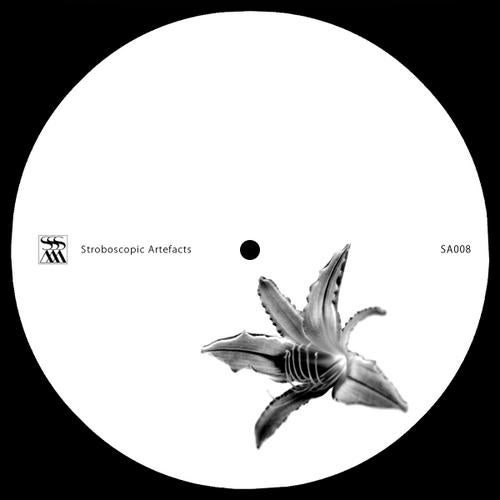 Beelines For Working Bees is a 12" that sees four of the most innovative artists in electronic music rethinking and reconfiguring the strands of Lucys forthcoming album Wordplay for Working Bees. The relationship between the point of origin and the end point is not a prescribed one: the beelines of Tommy Four Seven, James Ruskin, Peter Van Hoesen and Truss return to the hive of Lucys album taking the most experimental and cross-pollinated paths. SA008 acts as a case in point for techno, melding and fusing genre boundaries to reveal new hybrid sounds. On A1 Tommy Four Seven takes Tof and teases its ethereal whispers into a strong, steely structure for the plumped beats to lie upon. From one of Lucys most complex structures he creates malevolently broken techno. James Ruskins A2 takes Bein the albums most 4/4 cut and fortifies it, seasoning with snuffling snaps of multi-layered pads. He refuses to be hemmed in by genre, slipping across borders to create an utterly distinct track. B1 sees Lav taken head-on by Peter Van Hoesen. Its transformed into intelligent prime time material, loaded with iridescence and bristling with dubbed-out sub frequencies. To close, Truss moulds his fearsome bass lines around the obscure and prickly top lines of Eon unleashing an analogue scream. SA008 presents a utopian vision thats puckering at the seams. The artists chose the tracks that they wished to remix and fused their own defined sound identities with that of Stroboscopic Artefacts. In anticipation of Lucys debut album this is a delicious foretaste of whats to come and a cryptic insight into four of technos leading minds. Mastered by Artefacts Mastering, Berlin.