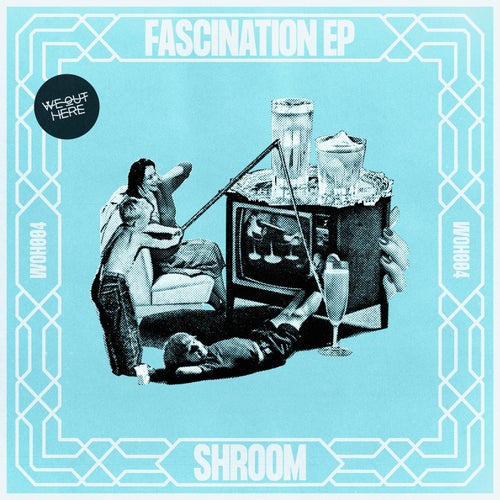 Hype
Perth's Shroom has cemented himself as one to watch, by flying the flag for the minimal/deep tech sound evolving in Aus. He's released a calibre of releases on imprints such as Circa Trax, LVCHLD, Obvious records, David San's Miniline, and Eject Records UK. His recent release 'The Music' is one for everyone and made some organic chart action on Beatport, it's one of our favourites, and the reason we love Shroom. His signature sound always has some groovy flavour and has received support from Luuk van Dijk, Tommy Vercetti, & Jordan Brando to name a few.

The story goes that this EP was originally going to be a single, but when Shroom sent us another demo, we had to sign it, and instantly it became a very tidy package.

Fascination is groover from start to finish. It has a shimmering synth in the early moments before you are met with the signature lead of the track. This will get stuck in your head, we’ve found ourselves chirping away to it at times. The vocal combined with this catchy lead is a combo to get any minimal/deep-tech lover moving.

Fear of Being Caught is a stomper, which shouldn’t be so much a ‘b side’ this track does a lot of heavy lifting with it’s rolling wonky bass-line. It should be played out the whole way, you will know what we mean when it gets to the five-minute mark, a lot of space is created for a guaranteed bass-stank face. It will do damage on any dance floor given the right moment.

We’re big fans of Shroom so it’s an honour to have him on the label. He’s been busy to finish off 2020 with releases on Selecta & Obvious Records. This EP shows our love for the minimal/deep-tech sound which we hope to bring you more of in the future.