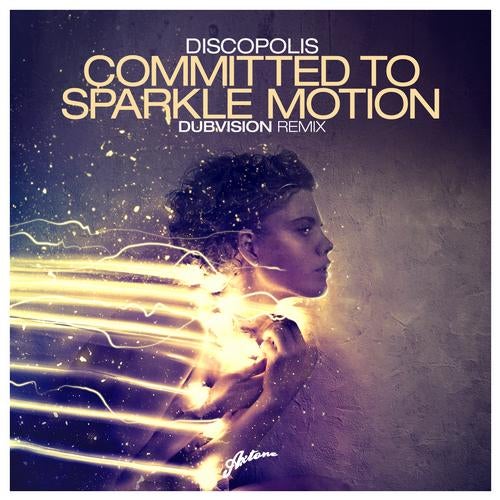 Arguably the ID track of the year, Committed To Sparkle Motion, a title inspired by Donnie Darko, has been the source of much speculation as to the true artist behind this magical vocal; the mystery is no more.

Discopolis are a three-piece band from Edinburgh. They create shoegaze/disco/house music with synthesizers, guitars and drum machines. The school friends, Fergus (vocals, synth and guitar), Laurie (synth, guitar and samples) and Dave (synth, drums, production), formed in late 2010. Developing their live show at summer festivals across the UK and Europe they have supported acts such as Friendly Fires, Wild Beasts, Metronomy, Simian Mobile Disco, Django Django and Matthew Dear while also remixing for The Wombats, Paper Crows, Diagrams, Miaoux Miaoux and Airship.

Their debut single 'Lofty Ambitions' was playlisted on Radio 1 garnering support along the way from Pete Tong and Rob da Bank .

On this initial release of 'Committed To Sparkle Motion' dutch duo DubVision live up to their hype, following up their club hits All By Myself and their collaborative release 'You & I' with Project 46 feat. Donna Lewis. Their signature sound is stamped on this production receiving huge support already from Axwell, Thomas Gold and Swedish House Mafia.

The original and further remixes are to follow on the full release to be scheduled at a later date.