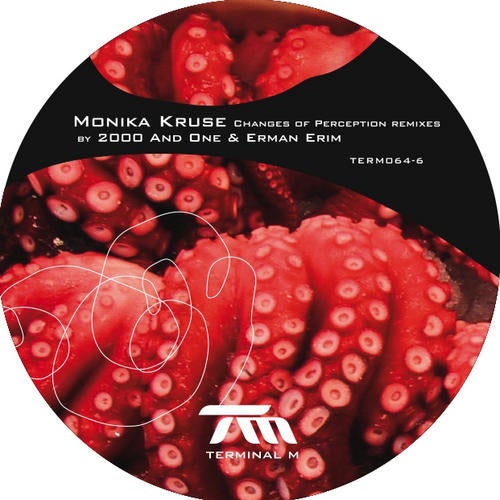 Next on the agenda from Monika Kruse magnificent 'Changes of Perception' project that she co-produced with Gregor Tresher is a second set of remixes from bright techno stars 2000 And One and Erman Erim.

2000 and One's interpretation of When I Woke Up has been causing a stir with the select few who have received it. A great kick-start to the EP with strong percussive rhythms and vocal cries. This unleashes 2000 and Ones original blend of cerebral house and techno and forms a perfect peaktime favorite that makes it impossible stand still: you simply MUST dance to this record!

Heralding a fantastic contribution from Amsterdam-based Dylan Hermelijn AKA 2000 And One. Constantly reinventing himself, Dylan has a clear musical vision and a do-it-yourself mentality that has brought him to where he is today. Lending his material to some of Amsterdam’s most renowned techno labels including Intacto, Remote Area and Area Remote, and representing a sound and a scene that have captured the hearts of so many around the world. Heavily infected by the acid house bug in the late eighties, Dylan produced his first record at age seventeen under his moniker 2000 And One. Achieving much critical acclaim from releases such as Tropical Melons, Dylan has become one of the most important Dutch artists achieving great international success. Working around his hectic tour schedule, being the zealous head of 100% Pure recordings, plus his recent artist album release 'Heritage', Dylan still insisted on doing this fantastic remix for this EP.

The second producer who is being featured on the record is number one newcomer Erman Erim. One of Terminal M’s family of artists, Erman’s first two releases have caused quite a sensation and led him to play at the Berlin-based Berghain / Panorama Bar and the Rave On Snow Festival. Reaching ultimate perfection in production in both these reinterpretations of Monika Kruse, the leading lady of German techno, from her debut artist album 'Changes Of Perception' released in Sept 2008 co-produced with Gregor Tresher.