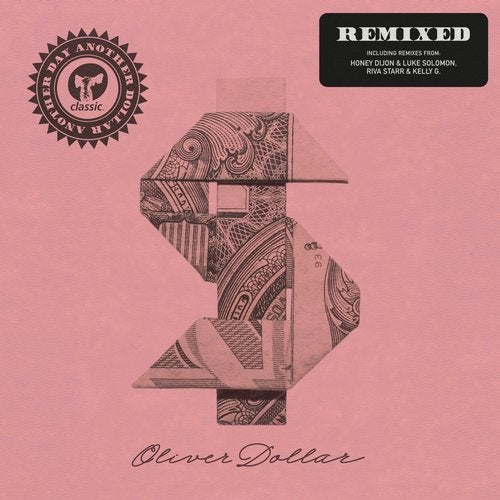 In 2019 Oliver Dollar made his Classic Music Company debut with the incredible 14-track collection Another Day Another Dollar. The album was an adventurous artistic statement, showing off a wider breadth and depth of sound than ever before, and was received with critical acclaim. Now three of the stand out tracks from the album get the remix treatment from some of Classic's nearest and dearest. Opening the release, Classic founder Luke Solomon and the sparkling Honey Dijon come together to remix one of the stand out cuts, 'John's Church'. Originally produced in collaboration with German producer Nils Ohrmann, the pair intensify the steamy, gospel-tinged track, lacing in atmospheric keys and tension-building drops that take the dancefloor number to new dimensions. Up next, Snatch records founder Riva Starr drops his remix of 'Crusader', featuring Jason Hodges. Illustrating Riva's signature dancefloor focused style, this transformative remix moves away from the stripped-back original, with a rolling bass and deep, swelling pads. Finally, Kelly G. delivers his Defected Dub of 'The Delta' to round off the release, taking the dreamy piano house of the vocal-led original and making it club friendly, with a bassline you can't help but groove to.

Another Day Another Dollar Remixed