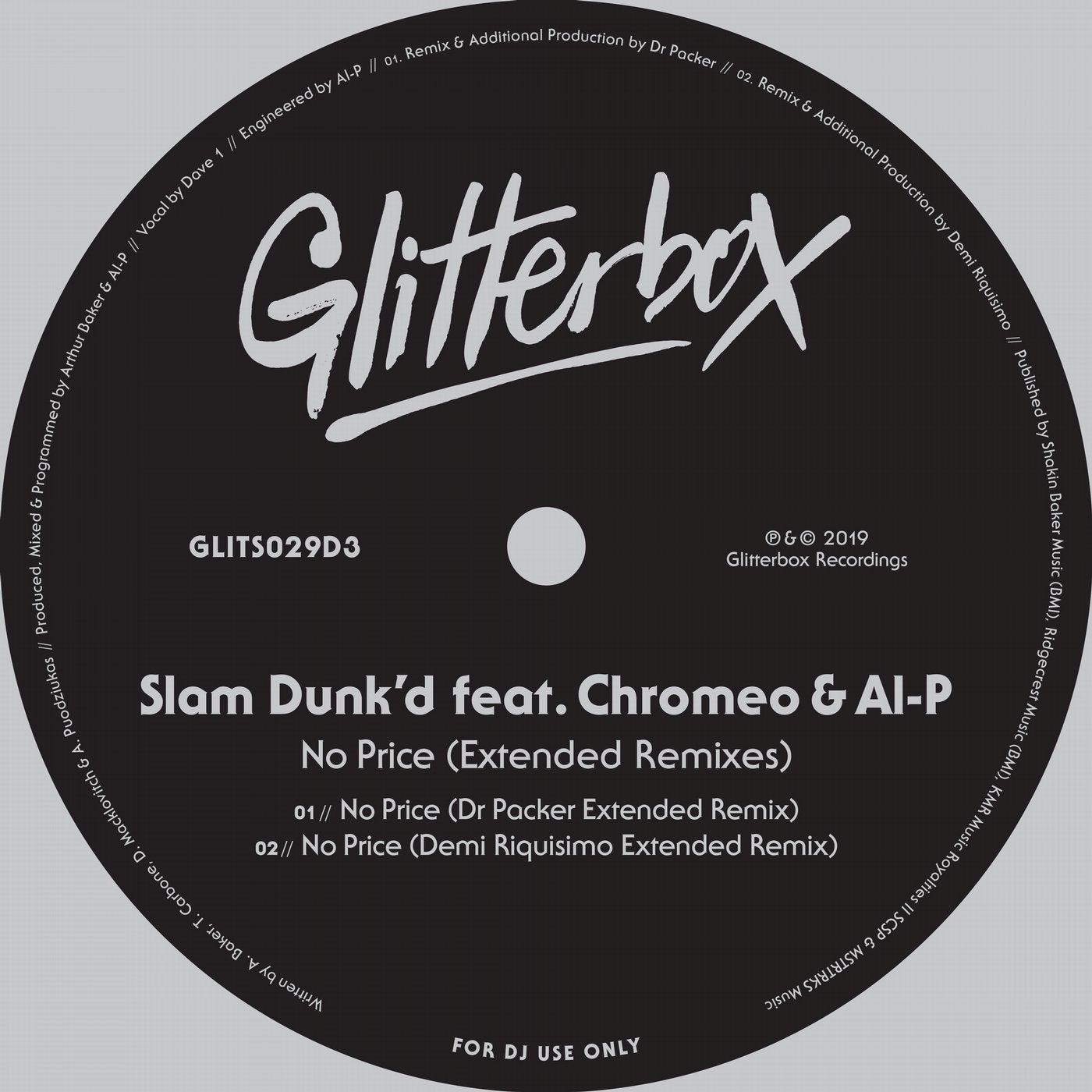 When you hear a track as good as 'No Price', it is unsurprising to find out it was made by one of America's most established music producers. Arthur Baker, who has set out to get dancefloors moving since the 1970s, has collaborated with musicians such as New Order, Afrika Bambaataa and the Pet Shop Boys, and also works under the alias Slam Dunk'd. With vocals from award-winning Canadians Chromeo, the collaboration between them and Slam Dunk'd made for an extra special Glitterbox release. Now Dr Packer steps up to remixing duties of this self-assured party starter, as the Australian disco maestro lends his bodacious disco-infused capabilities to the record. Up next, burgeoning artist Demi Riquisimo delivers a heavier club cut, stripping back the vocal and laying down the tech effects. This is another red-hot delivery from the Glitterbox camp set to get dancefloors moving.