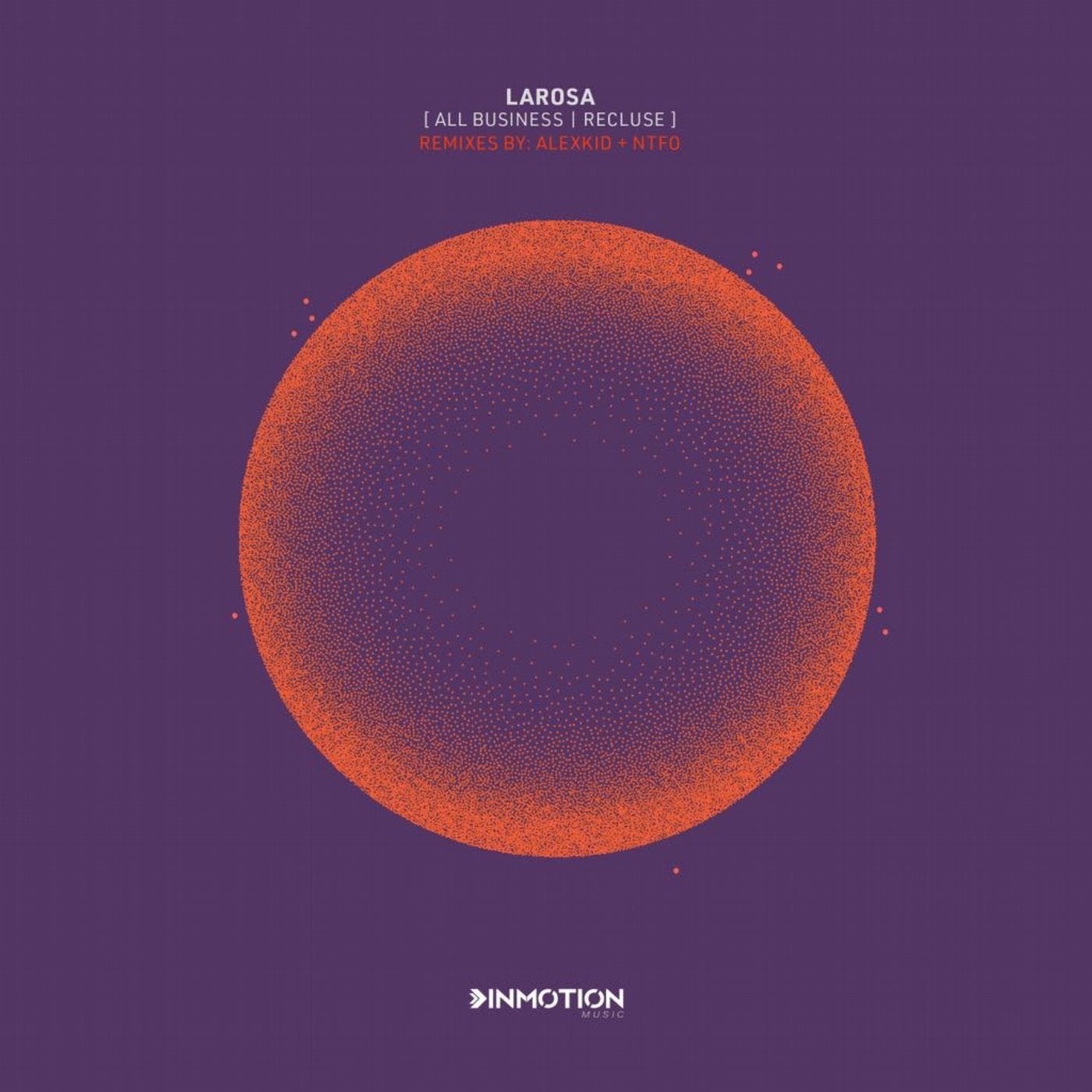 Inmotion Music is a US label with an impressive roster of artists that match its stripped back style of techy house music, and the new release features remixes from Alexkid plus NTFO along with original tracks by LaRosa. LaRosa first featured on Inmotion back in 2017 and made his hotly anticipated return earlier in 2019 when he provided a remix for the label. He has also provided remixes for labels such as Yoshitoshi, and this is his first EP of originals after a short hiatus. First up on remix duty is the highly acclaimed Alexkid who has showcased his high calibre of sound providing original and remixes for taste makers such as Rawax, Josh Wink's Ovum, Rekids and Freerange Records. Second of the remixes come from the equally successful NTFO, a duo whose melodic moods and ambient textures have been championed by 20/20 Vision, Diynamic, Objektivity and their own Sintope Digital. All Business has a two-step shuffle to its groove with snare rolls and trippy vocals adding to the textured hypnotics. Alexkid brings out the bass in his rework of All Business, which has something of a UK Garage flavour. Second of the two original tracks is Recluse that gets twisted, using rippling pads and jazzy rhythms to form the core of its funk-fuelled sound. NTFO refines the sound of "Recluse" with a tightened flow without losing any of the original's magic, plus an added hint of acid.