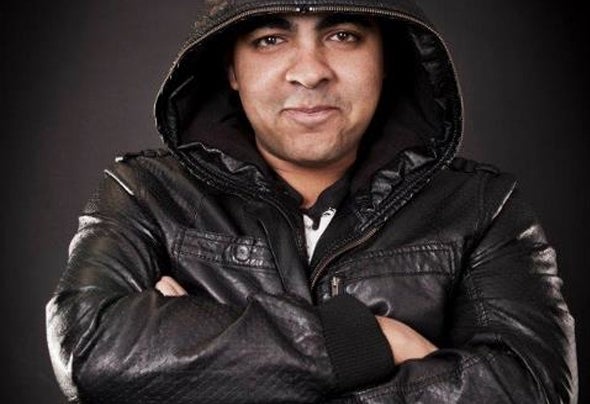 Robbert Mendez was born in São Paulo – Brazil. Since an early age that his fine-tuned ear made him wake up and realize about his love for musical arts. He moved to Lisbon in mid-2000, a fact which gave him the opportunities he needed to become a part of the music world. He started to make his talent known through some performances in bars and clubs. However his ambition to reach higher levels, made him withdraw from the world of DJing to fully engross into the study of musical production. After a few years to learn this unique language, devoting himself to studies and new experiences, which in 2009 released his first work in partnership with DJ and producer Hardmix. This album was edited and released by the prestigious publisher “Mercado Paralelo Music ” which since then belongs to the company’s leading producers. In 2010 has the unique opportunity to work with Mc Marcinho, a leading figure in the world of Funk in Brazil, with the theme “Garota nota 100′′ This music is available to all listeners on the artist website (www.marcinhomc.com.br). In the following year new releases appear, some in partnership with producer Mark Rizzo, and others in partnership with Hardmix, which resulted in the creation of a new record label “We Love Sounds.” This will be available early 2012. Currently, all his dedication focuses on producing solo as well as joint production with Leo Caetano, where a new project will result. This project which will also be in the market in January 2012. Robbert Mendez came to develop a very unique style which seeks to mix current sounds with the sounds that originate from his roots, including the Deep House and Tech House. We can confirm that his work stands out for its groove, having been produced by real instruments like the Atabaque, the Berimbau, the Cajon and other characteristic sounds of his home.