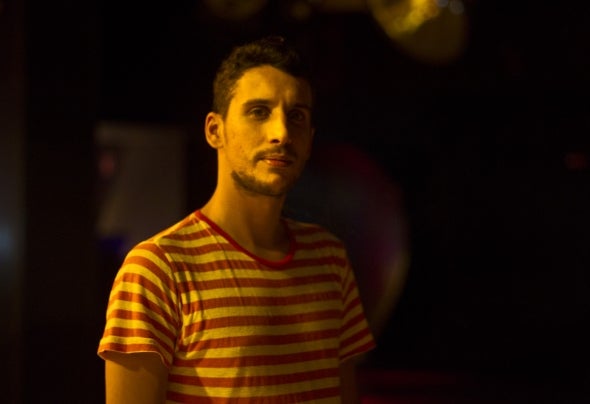 Resident Dj at the famous LUX in Lisbon. In 2010 he splits a 12 inch record with Danny Krivit in a white label. Then in 2011 he release "Pretty Baby" on the london label SCUCCI MANUCCI who was supported by names like Soulclap, Tim Sweeny, Faze Action, MCDE amoung others. In that same year he also release "Big Black Dog" a EP of edits on the Portuguese label SOUND DESIGNERS and another track on SCCUCCI MANUCCI VA compilation "Inside your love". In 2012 he remix Accatone, Mr Bird and release a new 12" EP on LOVE MONK from spain with 3 original tracks and did also a track for a compilation released by CASINO DE LISBOA. He has been Djing all arround the world, places like New York, Los Angeles, Strasbourg, Luanda, Madrid, London, Barcelona, Amsterdam to name some of the citys. He plays often in Portuguese summer festivals like Optimus Alive, Festival Sudoeste, Super Bock Super Rock and this year he will act at Rock In Rio Lisboa.